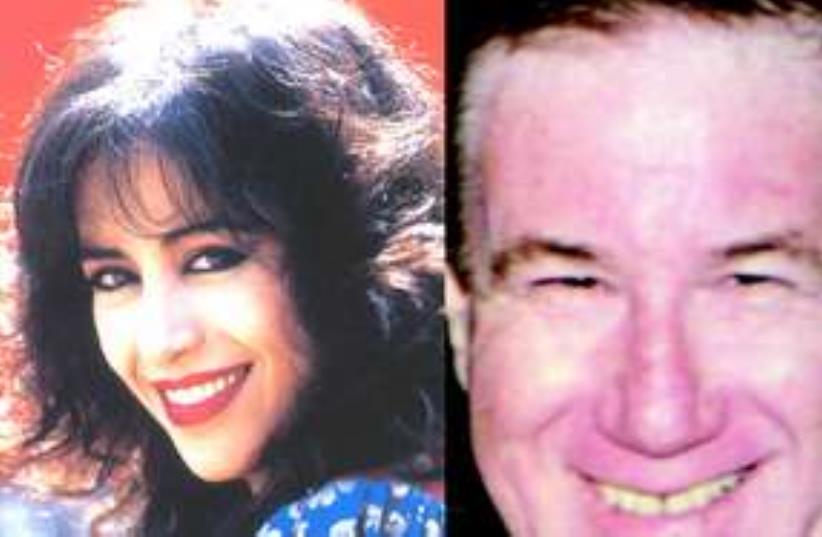 Manorhaza
(photo credit: Courtesy)
Advertisement
Ofra Haza was born in 1957 in Tel Aviv. Haza was an Israeli and international singer. At the age of 12 she began to study in the workshop of entertainment manager Bezalel Aloni, in the Hatikva neighborhood of Tel Aviv. Aloni established “Hasadna” as a protest about the social conditions in the neighborhood. In 1983 Ofra Haza won second prize in the Eurovision contest, singing the song “Hai.” Her album Galbi, a mixture of Yemenite and Hebrew songs, was very successful in Israel and abroad. In 1990 Haza won the title “The bestselling Israeli singer of all times.”RELATED:A song for Adar A
A song for Shvat
A song for Tevet
A song for kislev
A song for Heshvan
A song for Tishrei
Ehud Manor was born in 1941 in Binyamina. He is a very famous songwriter in Israel. Manor wrote more than 1,000 Hebrew songs. His songs are popular with Israeli singers. Manor also wrote and translated many plays. In 1995 he received the ACUM award for lifetime achievement, and in 1998 he won the Israel Prize in the field of the Hebrew song.
Advertisement
Subscribe for our daily newsletter