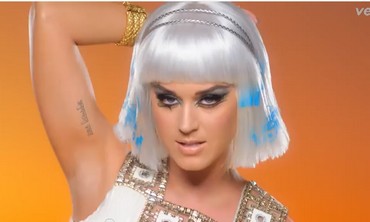 A Katy Perry music video has quietly been edited, after a petition launched on Change.org, urging the online video streaming company to remove the video.The petition, claiming that Perry literally burns a symbol representing the Muslim God, Allah, reached 50,000 signatures as of Wednesday. Shazad Iqbal, 22, creator of the petition, posted on Wednesday that the effort had ended in victory, however YouTube remained quiet throughout, even though the petition was directed at them. "I'm thrilled to let you all know the name of Allah has been removed from the 'Dark Horse' video we couldn't have done it without everyone's support so I thank each and every one of you deeply, our voices have been heard! God bless you all," Iqbal wrote.A close look at the "Dark Horse" video on Perry's VEVO YouTube channel will not prove much of anything. Although the post date of the music video has not changed (February 20), a detailed observation will show any viewer that something has changed. The symbol has quietly been removed. 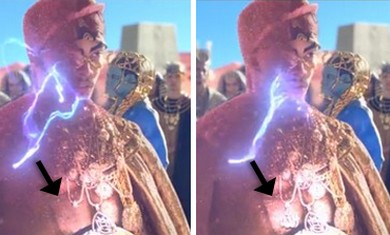 After (pendant symbol on left absent), before (pendant symbol on right clearly visible)The "I Kissed a Girl" singer's latest single, "Dark Horse," sparked harsh reactions from the international Muslim community for disrespecting a symbol representing their God, Allah.The petition launched Tuesday on Change.org is urged supporters of Islam as well as other religions, to ask YouTube to remove the "blasphemous" music video. 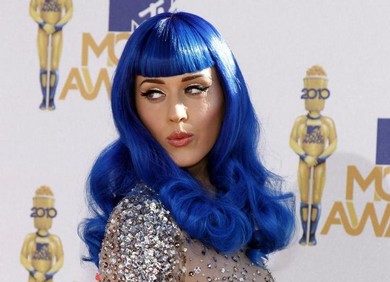 Perry portrays an animated representation of Egyptian Queen Cleopatra, and she is seen using her powers to destroy those who oppose her. One character in the video is seen wearing a religious symbol around his neck, who she then zaps into a pile of sand, along with his pendant."At 01:15 into the video Dark Horse; a man is shown being burned, whilst wearing a pendant (also burned) forming the word 'Allah', which is the Arabic word for God," says the online petition. The petition describes Perry as representing the opposite of Muslim values, and when she is easily able to destroy something representing god, it is a "portrayal of blasphemy.""Katy Perry engulfs the believer and the word God in flames," it also says. The petition describes the video as "irrelevant and distasteful."Nida Ahmed of the United Kingdom signed the petition saying, "We are Muslims and that is Allah's name on his neck and she burns it that's great disrespect to Islam."Also from the UK, Bilal Khan wrote, "Absolutely Disgusted at the music industry for allowing this to happen, music should be about spreading love not hate."Ayaan Mire of Sweden said, "This video is offensive to the Muslims and I hope YouTube will remove the video."The video, released on Katy Perry's official VEVO YouTube channel on February 20, has nearly 30 million views.