By Yifa Yaakov
FEBRUARY 14, 2010 22:38
yossi babliki 311
(photo credit: Yifa Yaakov)
Advertisement
Pianist-guitarist-songwriter Yossi Babliki’s Album Hamitzadim (The Chart Album) is a little-known gem, a hidden treasure in Israeli music. It was recorded in-between incarnations of Israeli rock band Punch, going out of print as the years went by. It would have been lost to time and history had Babliki not been persuaded to re-release it last month.14 years after it was originally recorded, Album Hamitzadim still resonates, eluding any kind of classification.“I think it can be defined as ‘Israeli songs.’ That is the only definition that comes close, because the music is very diverse. Nevertheless, it responds to our reality here, to the different and sometimes contradictory scents that this reality exudes – this very interesting society and very interesting generation in which we live,” Babliki says in an interview with The Jerusalem Post conducted a day after he and Punch tore Jerusalem’s Yellow Submarine apart with the kind of music that shoots straight for the heart.For the perplexed: Yossi Babliki bought his first guitar for NIS 80 – second-hand – during his army service, and, along with a friend, began to practice playing Meir Ariel and Neil Young songs. Later, in the mid-1980s, he joined forces with guitarist Eli Shauli, bassist Shalom Gad and drummer Shlomi Rosenblum to found Punch. The band went on to become an enduring favorite of the Israeli underground music scene, releasing three albums by 2002 and evolving unceasingly over a period of two decades.It wasn’t just that all four of them were great musicians. Three of them – Gad (whose younger brother Aviv Guedj would form the band Algir before embarking on a successful solo career), Babliki and Rosenblum – were gifted songwriters. Shauli remains to this day one of 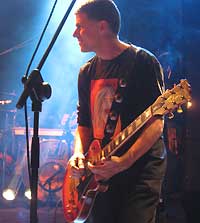 the most awe-inspiring guitarists –“indescribable,” in Babliki’s own words – working in Israel today.THAT SAID, the Punch of 2010 differs greatly from the Punch of 1990. Gad and Rosenblum both left the band in the early 2000s, to be replaced by drummer Shimon Ben-Lulu, bassist Itay Maor and keyboardist-turned-radio-personality Boaz Cohen. The final addition to the band was Dana Beker, whose clear, sweet voice is a perfect fit for a band that does everything with feeling.“Punch of today is a creative and interesting group of people who work so well with each other… It’s like a husband and wife who have known each other for forty years and work in silence,” Babliki says. Asked whether there is a noticeable difference between his solo work and his work with Punch, a band he now fronts for all intents and purposes, he replies that “It is very clear to us all… The intentions are different, they come from an entirely different place. [The difference] is frighteningly clear to us.”Punch, he adds, was once described by founding member Gad as “classic manic depression.”“It is a collection of very warm, dramatic people who are always running the gamut between ‘Wow, it’s never been this great before’ and ‘Oh, what a disaster, how do we get out of this?’”When Punch went on hiatus in the mid-1990s, both Gad and Babliki took the time to record solo albums. Gad’s, entitled Sof Hamidbar, drew on his roots in the Negev periphery to tell touching, troubling tales of Israeli society. Babliki’s, Album Hamitzadim, combined the personal with the political at a tenuous time in the country’s history, mixing tender vocals and piano-cello melodies with Middle Eastern riffs and beats. The title track, for example, is a lament about a generation raised lovelessly, carelessly, on charts and hit lists. “Shir Lamedinot Shebadereh” (A Song for States on the Way) presents a cast of characters who dream about the incipient states of Palestine and Judea.“Album Hamitzadim was written to straddle the divide between the individual and the collective. ‘Shir Lamedinot Shebadereh,’ for example, is the most pompous thing anyone could say when talking about the evolution of two countries out of a third. Yet it is still the 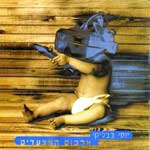 story of a real woman who is neither at the right age nor has the right looks to get the love she needs,” Babliki explains. He stresses that it was guitarist-producer Amir Tzoref who “turned complex songs into beautiful songs” and provided the magic touch that made the album a classic.“Things are never just a political slogan or an abstract social idea. It always comes down to a human being, but big, like a nation or a universe. [That tension] is present in all the songs on [the album]. It’s also in ‘Suitat Yom Ha’atzmaut’ (Independence Day Suite), which is about someone who goes to see the fireworks on Independence Day. But it is also about… an entire state that’s got a broken heart on Independence Day and doesn’t know what to do with all those fireworks, with all that forced happiness, even though nobody knows what happened yesterday or what will happen tomorrow.”BORN AND raised in “the Tel Aviv of children, soccer, music, long hair and going to the beach,” Babliki always derived influences from his surroundings. “It’s the most natural thing, to make and play music that grows out of that environment, with all its contradictions and difficulties and beauty and acidity,” he says. He describes his first musical experiences, playing the piano as a boy but failing at recitals, then being stationed in Lebanon in his 20s and choosing a more lightweight instrument, the guitar.“My father had the largest classical library in Tel Aviv when he was younger,” Babliki recounts. “My mother, who came from Beirut, had a room full of Oum Khaltoum [recordings].”But it was the subversive music of the 1980s, punk and new wave, that liberated him. “If you listened to Freddie Mercury growing up, it was clear to you that you would never be a singer. And then came all sorts of bands like The Clash and The Jam, artists who didn’t have [good] voices and didn’t look like a million dollars.”He says those bands made him think, “I can do that, too.”Babliki is as outspoken as can be. He isn’t afraid to say what’s on his mind and to tell the whole truth, whether it is ugly or beautiful. At live shows, he says, he is sometimes afraid of “diving very, very deep with no hand to take you out of there.” When he performs, he gives his all, and is affected by everything: the crowd, the band, the ambience. He tells me that lately, Bob Dylan has served as an inspiration to him in that “he doesn’t care what anybody thinks, and that gives his listeners the courage to live a little, to identify with things, to be somebody.

“I want to give people courage and to give myself that, too; tobreak the mold, to show that we’re afraid of something, or ofourselves, of our surroundings,” he says, adding that there are manydifferent things that he would like to say through music. Boredom andapathy are dangerous, he says, because they prevent people from “tryingto be heard, from fulfilling what makes them special.”“My musical and literary heroes were such individuals – were so them– that they gave me room to be myself,” he says. “There were people totake from. And now it’s my turn to give, the way I took.”
Advertisement
Subscribe for our daily newsletter