Maze cartoon a Lamboghini racing down the road. Analogy of the economy. 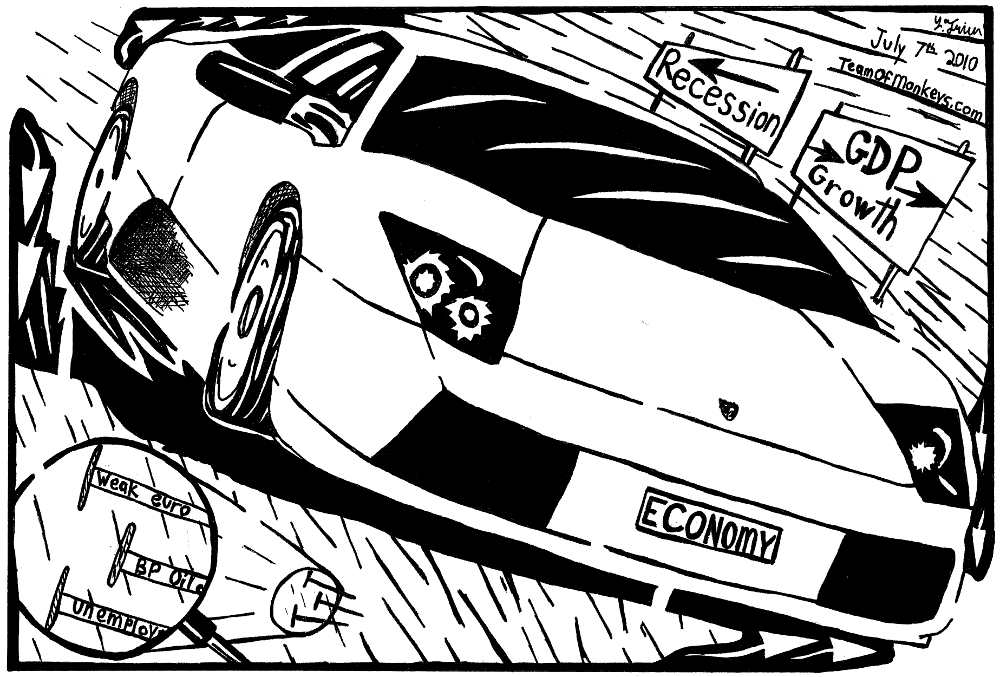 maze cartoon Lamborghini economy analogyMaze cartoon of a hot Lamborghini racing down the road. The car is labeled "Economy", it passes signs that read "Recession" and goes in the direction of the sign that reads, "GDP growth. As nails on the road are magnified to show they are labeled "Weak Euro", "BP oil spill" and "Unemployment rate."    Yonatan Frimer MazesClick here for a printable, hi-res version of this maze
Click here for the maze solution of Lamborghini Economy Analogy
I drew this a few months back and not sure what the case is today or if we are in any better of a situation than we where a few months back. So I guess those nails in the road really did effect the economy in the way we thought it might.
Obama: Economy Headed in Right DirectionPresident Barack Obama says the latest employment figures show the U.S. economy is headed in the right direction, but more needs to be done to put Americans without jobs back to work.  The US economy lost 125,000 non-farm sector jobs during the month of June.  That figure reflects the end of some 225,000 temporary U.S. census worker jobs.The Labor Department reported a decline in the overall unemployment rate which dropped to 9.5 percent from 9.7 percent, the lowest level since 2009.While the private sector gained 83,000 jobs, the figure was below levels from the previous two months.President Obama recognized the mixed nature of the latest figures.  He said they show the economy is headed in the right direction.  (Read More)