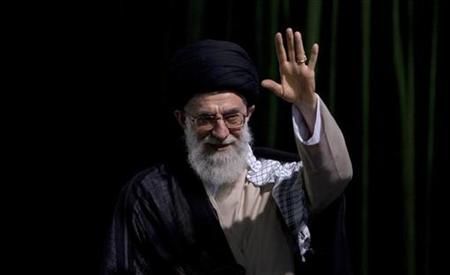 Now that a deal with Iran has been signed will likely be approved by congress and violated by Iran it is time for Israel to implement a containment strategy that will be costly.  Going forward, Israel’s goal cannot be to contain or restrain Hezbollah and Hamas or ISIS but too eliminate all Iranian tentacles and their competitors like Al Qaeda and Isis. Elimination can be political such as convincing through diplomacy for a terrorist organization to renounce terror but that is very unlikely. While there is high likelihood that the Syrian Assad regime may not survive or will soon be low hanging fruit if a truncated Alawite state continues which can then be either destroyed by supporting local forces on the part of the west or left alone, but Hamas and Hezbollah are about to reap the rewards of Iran’s arms embargo coming to an end. Israel must decide containing Iran is the priority and everything else is secondary but that means containing Hamas and Hezbollah is no longer sufficient. Furthermore, Israel must be combat ready enough to fight a hot war with Iran or Iranian forces should that become necessary and confronting Iran in the Middle East creates a ladder that Israel can ascend.

Even at the political and economic expense of fighting in civilian populated areas, Israel must eliminate terror organization and frankly the nuclear arms treaty and its concessions can be cited as the reason for the dramatic change. So a Gaza war should not end in direct Israeli rule but it should end the blockade since at the end of the war, Hamas, Islamic Jihad and other PRC style militias will no longer exist. Similarly, Israel ought to find ways to support the Saudis against the Iranian backed Houthis and Egypt against ISIS. Similarly, the Jewish State will have to prepare to return to Lebanon and remove Hezbollah, even if that means demanding the do nothing UNIFIL troops leave even before they have disarmed Hezbollah which everyone knows they are nearly -- almost ready to begin doing sooner or later. Again the justification is Israel cannot accept an Iranian terror entity near the Jewish State’s border when Iran could go nuclear anytime. This should be and must be backed by air support.

During this period, the State of Israel will need to keep eliminating arms factories in the Sudan and prepare itself for strikes against Iranian missile factories to be followed by eliminating Iranian nuclear facilities.  While Israel is engaged in this, an alliance with Saudi Arabia and Kurdish factions must be the linchpin of reigning in Iran. Israel can directly assist the Kurds against ISIS which will be a setback for Iran and Turkey but will also create tension behind the Iranian border. This will likely create tension with both the US and Turkey but ultimately a Kurdish State is in both of their long term interests and Saudi Arabia already appears to understand this.

Once Iran is sufficiently tenderized from a war with the Kurds, the loss of its terror organizations in the Levant and the Gulf, Israel can administer the coup de gras by using a combination of Air Power, Kurdish forces, perhaps Saudi Ports and Israeli special forces to eliminate Iran’s nuclear capacity, it’s arms manufacturing capacity and complete independence for the Kurds from Iran.  Why this could work is it embraces the nuclear treaty time line but hampers both Iranian long range missile development which is how they would deliver a nuke and the inability to shrink that down for current missile technology may be why they agreed to the treaty in the first place. Going nuclear might be easy but having nuclear missiles might be further away meaning Israel has some time to further delay the Iranians having nuclear missiles. More importantly the frustration of failing to export terror coupled with the success with the West and the Iranian public’s frustration with their government over corruption may cause the regime to implode before the goals of containment are completed by Israeli forces.