The attack took place near Lions' Gate while tensions are still high between other rioters and police at the Temple Mount. 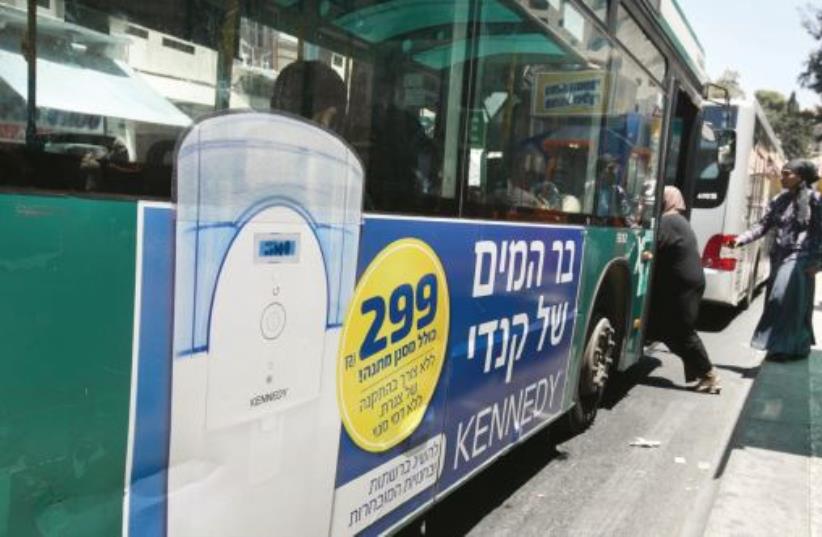 The buses, with windows smashed, continued their journey until they could stop at a safe place. The attack took place near Lions' Gate as tensions are still high between other rioters and police at the Temple Mount.

A video that captured footage of the incident showed smashed windows and children that were seen lying on the floor for several minutes, Maariv reported.

Statement by @israelpolice: Police received a report of stone-throwing at buses traveling near the Old City of Jerusalem. As a result of the stone-throwing, several buses were damaged and a number of passengers were lightly injured and are now receiving medical treatment. pic.twitter.com/gJzQL9vYZb

Seven passengers were lightly injured and were provided medical treatment by MDA staff, and were then evacuated to Shaare Zedek Medical Center. Three of them were released back home, the hospital stated. The Western Wall Heritage Foundation stated that a guide from the foundation who was on his way to guiding a tour was among those injured by the stone-throwing, and is now hospitalized.

The foundation also stated that they "wish a speedy recovery to all the wounded" and that they are confident that "Israel Police and security forces will do everything to secure the access routes to the Western Wall and all other roads around Jerusalem."

Western Wall Rabbi Samuel Rabinowitz condemned the attack, saying this was a "terror attack in the city that sanctifies freedom of religion. Anyone who wants to should be able to pray in peace and security."

Shlomi Padida, one of the bus drivers caught in the incident, told N12 that "a kilometer and a half away from the Western Wall, group of young people were waiting for me with stones and threw them at the bus. I shouted at the passengers to lie down on the floor." According to Padida, about 15-20 people attacked the bus.

He also emphasized the danger facing bus drivers in Jerusalem. "I think it is very important language for the Transportation Ministry to wake up - the drivers are constantly exposed to danger." He further noted the lack of presence of police forces in the area.

Police have strengthened security around the Temple Mount as Jews entered the area on Sunday morning.

Opposition Leader Benjamin Netanyahu stated that he hopes for a quick recovery for the wounded and that "we must take a hard line against terrorism and immediately restore peace and security to the capital of Israel."

Religious Zionist MK Itamar Ben-Gvir responded to both the riots on the Temple Mount and the attack on Egged buses, threatening that he will "move his office to the Nablus gate" if the attacks continue.

Shas leader Aryeh Deri tweeted that "the government preventing security forces from doing their job. It is not possible for Jews to travel to the Western Wall only to be killed by terrorists whose entire purpose is to murder. I call on the frightened government to immediately place a tight guard on the safe arrival of buses to the Western Wall."

Public Security Miniter Omer Bar-Lev said "we take the disturbances, the throwing of stones on buses and the injury of passengers seriously. It is important for us to continue to allow freedom of worship, but we will not compromise when violence and terrorism occur."