Ship attacked in the Red Sea near Yemen - report

Exact information about the status and location of the LAKOTA as of Thursday afternoon was unavailable.

A ship is seen at Hodeidah port in Hodeidah, Yemen May 13, 2019
(photo credit: REUTERS)
Advertisement

A sailing vessel was attacked in the Red Sea off the coast of Yemen on Thursday with unknown assailants attempting to board the vessel, according to initial reports.

The vessel was identified as the Hong Kong-flagged sailing vessel LAKOTA, according to Dryad Global. The vessel was reportedly attacked by three skiffs north of Hanish, but was able to avoid being boarded and escaped the area.

The LAKOTA departed from Djibouti on Sunday before arriving in Yemeni waters on Thursday.

Exact information about the status and location of the LAKOTA as of Thursday afternoon was unavailable. It is unclear who attacked the vessel and why the vessel entered Yemeni waters in the first place.

Dryad Global stated that it "remains a realistic possibility that the vessel was attacked as a result of an opportunistic attempt against a vulnerable vessel or was approached by Houthi forces known to be operating within the area." 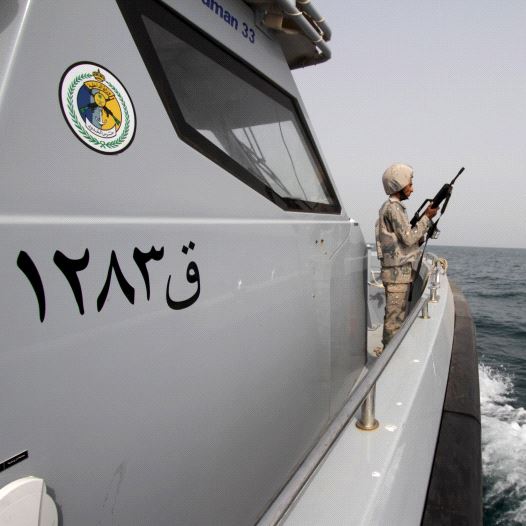 A Saudi border guard watches as he stands in a boat off the coast of the Red Sea on Saudi Arabia's maritime border with Yemen, near Jizan April 8, 2015. (credit: REUTERS)

The waters near Yemen have witnessed a number of attacks against vessels in the past year.

In January, a UAE vessel was hijacked by the Iran-backed Houthi rebel group who claimed that it was carrying military equipment. Additionally, the Saudi-led coalition fighting the Houthis reported in January that an oil tanker was attacked by armed assailants.

In December, Turki Al-Maliki, the spokesman for the Saudi coalition, stated that the Houthis had threatened global shipping lines by placing 247 naval mines and 100 explosive-laden boats in the sea.

In April, a cargo ship affiliated with the Islamic Revolutionary Guards Corps (IRGC) was targeted by an attack allegedly carried out by Israel off the coast of Djibouti in the Red Sea.

In July, the tanker Mercer Street, managed by an Israeli-owned company, was attacked off the coast of Oman.