The crash comes just six days after another Sukhoi aircraft crashed into a residential area.

TASS, citing the area's governor, said that the building was two stories tall.

The Su-30 warplane crashed during a test flight, RIA said. Other than the two killed, there are no other casualties reported.

No one was hurt in the house where the plane crashed, the five people who lived there were not at home, Russian media reported. Additionally, 150 houses in the area were left without electricity following the crash.

The crash comes after a Russian warplane, also a Sukhoi plane, crashed into a residential building in the southern city of Yeysk shortly after take-off on Monday. 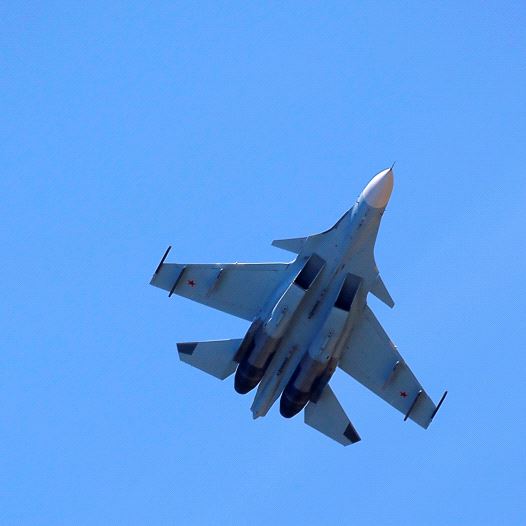 Interfax reported that the ensuing fireball engulfed apartments, killing at least 13 and injuring at least 19.

Military news channel Zvezda published a video appearing to show explosions aboard the Sukhoi Su-34 supersonic medium-range fighter-bomber as it plunged toward the apartments. Russian agencies said the pilots had ejected.

RIA said the crash took place during a training flight from a military airfield. It quoted the defense ministry as saying the pilots reported an engine had caught fire on takeoff, and the plane's fuel had then ignited when it struck the building.

In early October, a plane in Crimea suffered a partial detonation of the ammunition it was carrying when it went of fthe runway during landing. This is a developing story.