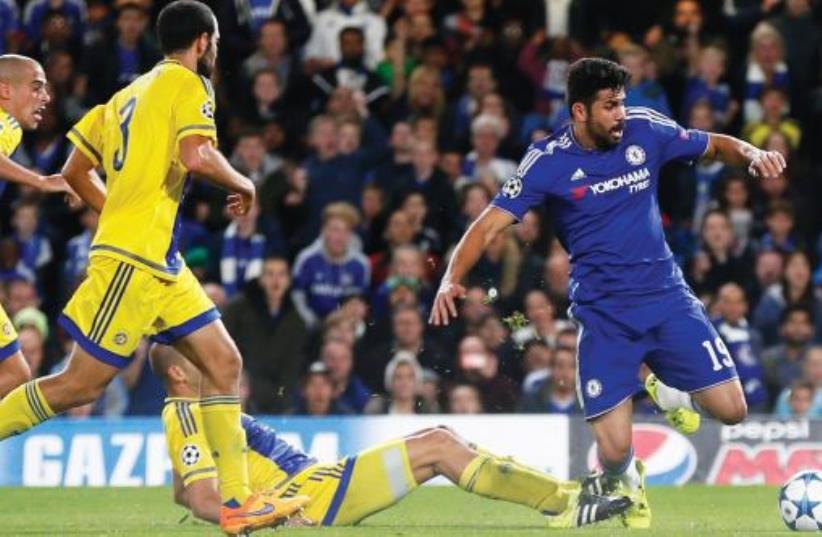 A Chelsea supporter has been sentenced to eight weeks in jail by the Westminster Magistrates' Court for posting racist and antisemitic tweets.

"(Blagg) thought hiding behind a screen could shield him from the consequences of posting hateful and abusive content. That is absolutely not the case," said Kalsoom Shah of the Crown Prosecution Service (CPS).

"Hate crime has a corrosive effect on our society and working with the police, the CPS is committed to rooting it out."

At the sentencing hearing, the CPS applied for an increase in Blagg's sentence to reflect the racial hate crime element and the punishment was extended from five weeks to eight weeks.

Fans of Chelsea's local London rivals Tottenham Hotspur, which has a long historical association with Jewish supporters, were the targets of these tweets. In his tweets, Blagg used an upcoming match against Tottenham as an excuse for his antisemitism, saying "I can tweet as much anti-Semitism as I want without being told off."

Blagg went on to post photos and videos of Nazi salutes as well as calling to "gas a Jew," according to the BBC.

Tottenham, which used to have a majority of Jewish fans due to the club's proximity to London's Jewish areas, is still identified by rivals as a Jewish club to this day. Antisemitic chants during Tottenham matches were commonplace since the 1960s.

Throughout the years, Tottenham supporters have adopted and attempted to re-appropriate the word "Yids," a Yiddish term for the Jewish people, after fans of rival clubs used the term as an antisemitic slur. Like Chelsea, Tottenham is also Jewish-owned, with Daniel Levy acting as the current chairman of the club.

Blagg, a road construction worker who was arrested in February 2021, defended himself by claiming he was suffering at the time of posting the antisemitic tweets due to the COVID-19 pandemic.

He has deleted his Twitter account as a means to show his remorse, Blagg's attorney Maeve Thornton reportedly said. "He has got drawn into this in terms of a lack of awareness and understanding of the impact this was going to have," Thornton said. "With hindsight, he now understands how wrong this is," she added.

Tal Spungin contributed to this report.