The new "Ariel 1" well, drilled by the Mekorot national water company near the city of Ariel, will provide an additional 4,500 cubic meters of water daily to the entire population of the West Bank. 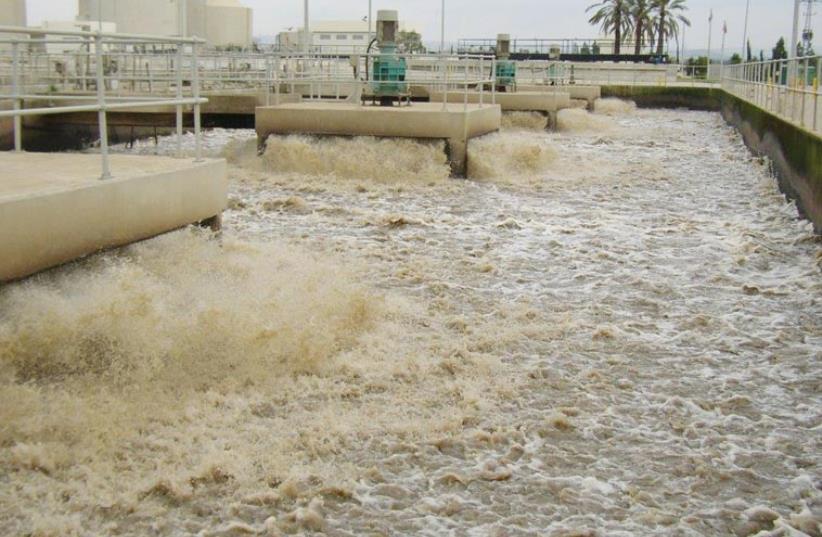 Water desalination in Israel
(photo credit: URI SHORE)
Advertisement
In the midst of a severe water shortage that has left many West Bank residents parched, a newly drilled well is set to begin flowing to the region.The Ariel 1 well, drilled by the Mekorot national water company near the city of Ariel, will provide an additional 4,500 cubic meters of water daily to the entire population of the West Bank.According to Mekorot estimates, there is currently a shortage of approximately 10,000 cubic meters of water daily for the region’s Jewish residents alone. As a result, households have faced disruptions in their water supply.“The Israeli government is committed to providing the best solution for the water needs of all residents across the country,” said National Infrastructure, Energy and Water Minister Yuval Steinitz, who will inaugurate Ariel 1 on Monday.Prior to drilling Ariel 1, Mekorot also recently began operating the Naaleh pumping station in southwest Samaria, which has boosted water supplies by 2,000- 3,000 cubic meters daily.Meanwhile, the company said it is taking other measures to increase the supply through activities such as isolating pirated water connections, connecting water tankers for individual communities and regulating water during the day according to demand. The company will also likely be conducting additional drilling, as well as reinforcing supply lines.“As the operational arm of the Israeli government’s water industry, Mekorot is also proving in Judea and Samaria its uncompromising compliance with water supply objectives,” said Mekorot CEO Mordechai Mordechai.“Immediate solutions will provide an answer to the current crisis and long-term solutions that we proposed will provide a solution for the next decades.”In addition to the improvements made for the settlements, Steinitz recently made a request to expand the existing program to account for the needs of the Palestinian population in the West Bank, his office said in the statement. The costs of including the Palestinians are currently being examined, as well as the issue of where the finances for such an expansion would be derived – as funds would also need to come from the Palestinian Authority, the statement added.Next month, Steinitz said he will hold discussions about a long-term master plan for the region, aimed at solving water supply problems for decades to come.“I thank Mekorot for its tremendous effort in providing immediate solutions to increase the amount of water in Judea and Samaria and for its preparedness to implement a master plan that will enable us to meet all water supply goals for Judea and Samaria in the decades to come,” he said.At a Knesset Foreign Affairs Committee subcommittee meeting last week, officials discussed the details of the forthcoming master plan, a NIS 1.285 billion scheme to double the amount of water to all of the West Bank.The project, which is being led jointly by Energy and Defense ministries, intends to satisfy the needs of both the Israeli and Palestinian populations, excluding those in the Jordan Valley.Assuming the plan discussed at the meeting – which has yet to receive government approval – comes to fruition, the amount of water in the region would be nearly doubled from 73 million cubic meters of water annually to 142 million cubic meters annually.All in all the settlements would receive about 48 million cubic meters per year, while the Palestinians would have about 93 million cubic meters, Oded Fixler, the Water Authority’s senior deputy director, said at the meeting. Although lacking reliable data about Palestinian households, the Water Authority estimated an average annual population increase of 2.13% – with an increase in per capita water consumption from 45 to 60 cubic meters.The plan would cost NIS 740m. for water infrastructure and NIS 545m. for sewage and pumping, Fixler said.Also last week, Deputy Defense Minister Eli Ben-Dahan discussed an additional short-term solution supported by government officials.This temporary plan would involve the construction of water reservoirs near 26 settlements throughout the West Bank, and would generate an influx of water for both settlements and Palestinian villages.Nonetheless, the funds necessary to realize this program still have yet to be authorized.