"Rwanda is one of the friendliest countries to Israel in Africa." 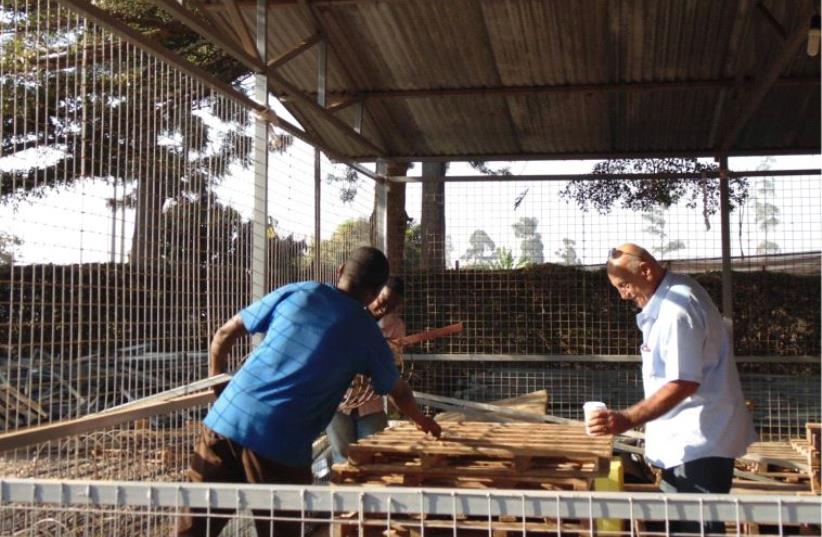 Construction of Israeli horticulture center in Rwanda
(photo credit: MASHAV)
Advertisement
In the rural greenery of East Africa’s land of a thousand hills, Israeli experts are hoping to reinvigorate Rwanda’s farming sector with the forthcoming launch of a government- to-government agricultural collaboration.The construction of the Rwanda-Israel Center of Excellence for Horticultural Development, a joint project of the Israeli Foreign Ministry’s MASHAV (the Hebrew acronym for Israel’s Agency for International Development Cooperation) and the Rwandan Agricultural Board, is slated to be complete by the end of the year. Located about 12 km. west of Kigali, the center will serve as a hub for agricultural training, adapting Israeli farming technologies to local needs and increasing fruit and vegetable productivity.“The idea is that it will become a modern agro-technological production farm, the first of its kind in Rwanda, and it will serve as a role model for others,” Gil Haskel, head of MASHAV, told The Jerusalem Post on Tuesday.“We are funding the establishment of the core of the Center of Excellence,” he continued. 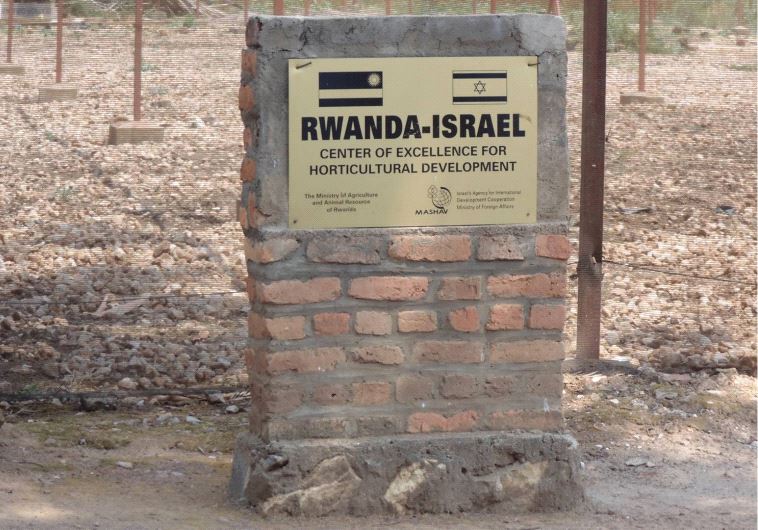 “We have chosen an Israeli company that is actually building the greenhouses and the agricultural facility as a present of the state of Israel to the republic of Rwanda.”Based on MASHAV’s Center of Excellence concept that is already thriving throughout India, the facility will employ agricultural technology in order to gradually become a self-sustainable crop production hub, with the aim of ultimately providing fruits and vegetables of export quality, Haskel explained. In addition, the center will serve as a training site for local farmers, agronomists, academics and members of the private sector, he added.“We will have to develop the entire value chain, not only in agricultural production and growing but also post-harvest treatment and packaging,” Haskel said, noting the farm should be self-sustainable within five years and exporting products within four.For now, however, MASHAV representative Boaz Medina will be on the ground fulltime, until the center can function independently.As part of the center’s extension work, Medina said that he will also be visiting farmers at their own plots for consultations – a service that will be free of charge the first year.Working with Medina in the extension training services will be Rwandan graduates of agricultural training programs in Israel, such as those at Kinneret College on the Sea of Galilee and the AgroStudies agricultural apprenticeship, he said.Israeli Agriculture Ministry’s CINADCO: The Center for International Agricultural Development Cooperation will be responsible for coordinating the training activities that take place at the center, Yakov Poleg, head of CINADCO, told the Post.At the Center of Excellence’s construction site, the bases for the greenhouse, the net house and the walk-in tunnels are all complete, and workers have begun assembling the greenhouse itself, Medina said. All of the structures should be ready by the end of 2016, both he and Haskel confirmed.“Of course then the real works starts – the planting, the training and the actual agricultural production activity itself,” Haskel said.While Israel operates an agricultural training center together with Italy in Senegal and an avocado production project with the United States in Ethiopia, the Rwandan site will be MASHAV’s first official Center of Excellence in Africa.“Rwanda today is one of the friendliest countries to Israel in Africa,” Haskel said. “Political relations are very tight.”Though Israel does not have an embassy in Rwanda – the Israeli embassy in Ethiopia is also accredited to handle Rwanda and Burundi – the East African nation opened its embassy in the Jewish state last year. An American-Israeli led solar developer, Gigawatt Global, launched the country’s first utility-scale solar field in February 2015 at the Israeli- inspired Agahozo-Shalom Youth Village east of Kigali.“Rwanda is a growing country in every aspect,” Medina told the Post. “The atmosphere for people to receive new technology is very promising. People there are eager to learn, they are educated. There are no security problems there.”As far as the Center of Excellence is concerned, Medina said he and his colleagues are “trying to cooperate with anybody who will be willing to join the wagon.” They are currently in talks with the University of Rwanda College of Agriculture, Animal Sciences and Veterinary Medicine, in hopes of conducting joint research with the institution.“I’m not shooting for the stars and saying that we will change the way that people will do agriculture in Rwanda.That would be way too big,” Medina said. “What we are trying to do is to try to demonstrate to them what the technologies are.”Hi-tech equipment will not necessarily be the ideal solution for Rwandan farmers due to their high price tag, Medina acknowledged.“But in the center we adapted some units to be economical for them to use, in terms of types of drip irrigation, in terms of [crop] varieties that are not so expensive,” he said.“We will show them how to do it better, that’s the main idea. How much impact we will have – I can only tell you my wishful thinking.”Due to the very traditional nature of agriculture, Medina said that he is looking with more optimism toward his work with the younger generation, rather than with older farmers, who made be very set in their ways.“We are trying not to go directly to the farmer but to his kids – the second generation is much more open, much more willing even to try, up to a certain extent,” he added. “We might succeed if we go through the kids.”