From 10-days to 10-weeks, Birthright launches its own accelerator 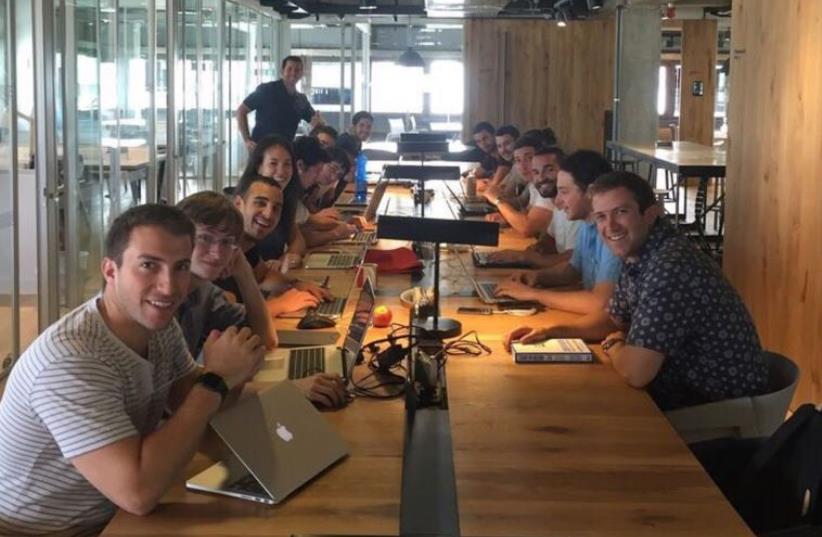 Birthright Excel Ventures
(photo credit: Courtesy)
Advertisement
opened an accelerator to bring American and Israeli would-be entrepreneurs together in business ventures.Like its more famous counterpart, which offers free 10-day trips to young Diaspora Jews, Birthright Excel Ventures aims to strengthen ties between Jewish Americans and Israel.The 10-week program, which kicked off two weeks ago and is based at the Rise by Barclays workspace at the former Tel Aviv Stock Exchange building on Ahad Ha’am Street, brings 10 young would-be entrepreneurs from American universities together with 10 soldiers from IDF tech units, and provides them mentorship and training with the aim of producing new, innovative start-ups.“Excel Ventures is the first-ever program led by an international Jewish organization, that aspires to bring together future generations of great entrepreneurs from the United States and Israel, and to give them a platform for innovative creation in the vibrant hub of Tel Aviv – where they will found the next big thing,” said Gidi Mark, CEO of Birthright Israel.Though not an accelerator in the traditional sense, which aim to help company founders develop their businesses, the program’s focus is to pair up potential founders to begin something new, whether it’s just an idea or a fullon venture.“It’s a people accelerator, not a company accelerator. If they put something together that continues to work, that’s wonderful, but the real objective is that in a few years they will continue working together,” said Ifat Bechor, manager of Israel Birthright Excel.“A few years from now, when they’re in key positions, the hope is that they’ll continue supporting Israel both from the business and spiritual perspectives.”Henry Magun, who will begin his junior year in the fall at Stanford majoring in mechanical engineering, says he sees it as an entrepreneur training program.“I thought it would be a really good experience for me to see the experience of starting a start-up,” he said.Collaborating with Israelis was particularly exciting, he added.“This program in particular, working side-by-side with these young Israelis, has given me an appreciation for how they think and operate and do business, and I think it’ll really lead me to want to collaborate more with Israel and Israelis in the future,” he said.If the teams succeed in producing a viable start-up, the program will continue offering support by way of advice, introductions to funders, and access to mentorship.The project is part of Birthright Israel Excel, a program that has aimed at creating business and economic ties for elite students, which launched in 2010 with the support of the Charles & Lynn Schusterman and the Steinhardt Family foundations. That program brings students for summer internships at Israeli companies of all stripes.The new accelerator program comes on the heels of another tech-centered Birthright initiative called State of Mind, a partnership with the Tel Aviv Stock Exchange that showcases Israeli innovation. Some 13,000 Birthright participants are expected to visit the center over the course of the summer, and to meet with Israeli entrepreneurs of all stripes to get insight into the country’s hi-tech scene.