A deal of this size would secure Italy about 10% of the 80 billion euros the US company is looking to spend over the next decade in Europe.

ROME (Reuters) - Intel and Italy are intensifying talks over investments expected to be worth around 8 billion euros ($9 billion) to build an advanced semiconductor packaging plant, two sources close to the matter told Reuters.

A deal of this size would secure Italy about 10% of the 80 billion euros the US company is looking to spend over the next decade in Europe on cutting-edge manufacturing capacity to help avoid future shortages of semiconductor chips.

Sources had previously told Reuters that the investment size was in a 4 billion to 8 billion euro range.

In May, Intel announced a major $600 million expansion in Israel.

As part of this plan Germany, the European Union's largest economy, is in the lead to land Intel's planned European 'megafab' plant, although France remains in the running, Reuters reported in October.

Intel declined to comment on Thursday on the talks or the size of an investment it might make, adding that it has not announced any changes to its plans. 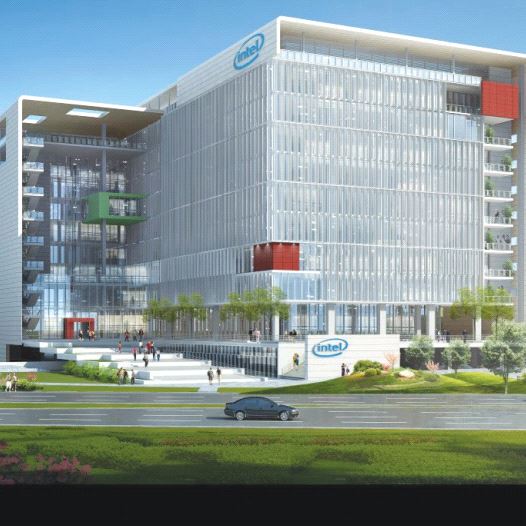 INTEL ISRAEL has started construction on a new building in Petah Tikva. It will help save energy, allow employees to control their environment, and will include labs, restaurants, a cafe, gym, spa and convention center. (credit: INTEL)

Chipmakers are scrambling to boost output after explosive demand for consumer electronics such as smartphones and computers resulting from the work-from-home trend during the COVID-19 pandemic led.

Meanwhile EU countries, where many jobs still rely on industries such as automobile manufacturing, are eager to reduce their dependence on semiconductor supplies from China and the United States after recent supply chain problems.

Intel and the Italian government of Prime Minister Mario Draghi are discussing an overall investment of $9 billion over 10 years from when construction begins, the sources said.

Negotiations are complex and Rome wants Intel to clarify its plans for Italy before formalizing a package of favorable conditions, especially on jobs and energy costs, they added.

If Rome and Intel clinch a deal, they will then proceed with the choice of a site for the plant, the sources said.

However its CEO Pat Gelsinger earlier this month said he hoped to announce the locations of new chip plants in the United States and Europe early next year.