Unmanned aerial vehicle flies illegally in area surrounding the airport; the drone's operator is yet to be located. 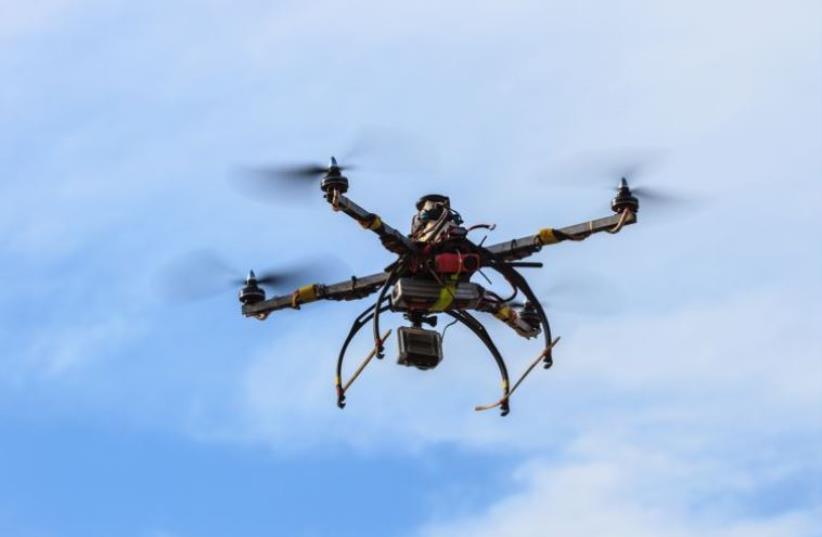 Unmanned aerial vehicle (illustrative)
(photo credit: INGIMAGE)
Advertisement
A disaster was averted on Wednesday when a Brussels Airlines Airbus A320 preparing to land at Ben-Gurion Airport spotted a drone just 100 meters away, posing a serious danger.The Brussels Airlines plane’s first officer described the drone as being square and blue with four rotors.The airliner, which was coming from Brussels, was carrying 160 passengers and crew members and flying at an altitude of 4,000 feet when the unmanned aerial vehicle passed just beneath it. The drone, which is relatively lightweight, would not have caused critical damage if it were to strike the body of the plane, but could have caused substantial problems if it struck the plane’s engine.Police were informed of the incident, but the drone and its operator had not been located. The Transportation Ministry, which is investigating the incident, said that a drone flying in such a manner without regulation or coordination with the proper authorities could have caused a disaster.The Israel Airports Authority said that the drone was not flying directly over the air -space of Ben-Gurion Airport, but over the neighboring city of Lod. It was maneuvering in airspace to the south of Ben-Gurion that planes cross on their way to the Modi’in area in order to make landings at the airport from the east.Regulating the flight of drones is a worldwide issue. Unmanned aerial vehicles have been involved in cases of violating privacy, invading private property, causing security threats.