The fulfillment of Ezekiel 36

Founding of Mikveh Yisrael was the beginning of Israel's agricultural redemption. 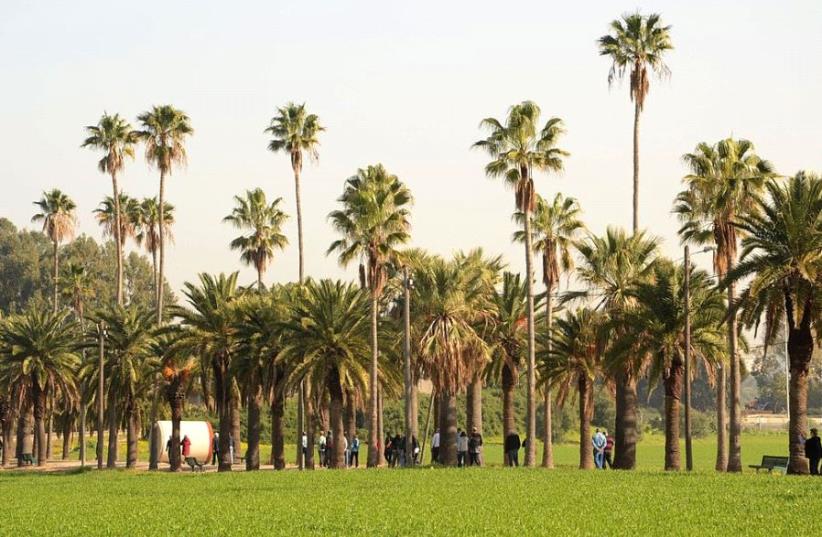 Mikveh Yisrael
(photo credit: Wikimedia Commons)
Advertisement
Even during the height of winter, nothing could stop the founding of the agricultural community Mikveh Yisrael in 1870 near Jaffa.This was the sign of the ushering-in of the era of redemption for the Jewish people and the Land of Israel. This tradition was passed on from Rabbi Aba, a Babylonian Jew who immigrated to Israel in the late third century, who said when the verses of Ezekiel 36 comes true, this is a clear sign for the rest of the coming redemption.“‘But you, mountains of Israel, will produce branches and fruit for my people Israel, for they will soon come home,” God spoke through the prophet. “I am concerned for you and will look on you with favor; you will be plowed and sown, and I will cause many people to live on you—yes, all of Israel. The towns will be inhabited and the ruins rebuilt. I will increase the number of people and animals living on you, and they will be fruitful and become numerous. I will settle people on you as in the past and will make you prosper more than before. Then you will know that I am the Lord.”
On February 15, 1870, the French-Zionist organization Alliance Israelite Universelle, with the support of the Anglo-Jewish Association and Baron Edmond de Rothschild, established Mikveh Yisrael, the first Jewish agricultural school in what became Israel.Charles Netter, a French Zionist, visited the Holy Land in 1867, and saw that the small Jewish community was struggling. The only way to bring them out of their hardship was by redeeming the land, i.e. to develop new and modern agricultural methods that would not only help them survive but also thrive. Three years later, with the help of other Zionists, the Alliance established Mikveh Yisrael, which means “the hope of Israel,” based on Jeremiah 14:8 and 17:13, just south of the port city of Jaffa. Adolphe Cremieux, the most prominent founder of the Alliance Israelite Universelle, said in his speech at the opening that the school that agricultural work is difficult but the land is fertile.“The Holy Land will excite our brothers to work the soil diligently, just as our forefathers, who were farmers and shepherds, worked the land. Our land has always been a land of fertile fields, mountains, dripping with oil and wine, a land flowing with milk and honey,” he said. “It won’t be long until our fellow Jews will come to Israel as pioneers.”Nahum Soklow, a pioneer of Hebrew journalism, wrote in “The History of Zionism 1600-1918” that Cremieux said Mikveh Yisrael would become the “very bulwark of the future” predicting that “once the Jews set foot on their own native soil, they will never leave it again.”Mikveh Yisrael didn’t waste any time making their contribution. In “These Things I Remember,” the memoirs of Eliezer Mordechai Altschuler, translated and edited by Margaret Myers, in 1881 the Polish Jew describes the beautiful groves he had seen outside Mikveh Yisrael. “Tears of joy poured from my eyes, and fantasies were swirling deep within me, when suddenly the carter drew my attention to the fact that we had arrived at Mikveh Yisrael. I was overcome anew with astonishment. Facing us was a comely building of three sections with a charming courtyard set before it. It was surrounded by a pleasure garden planted with fruit trees, the whole area was a veritable paradise.” As the school matured, many of the students left to work on kibbutzim, moshavim and in other agricultural operations, and their work became the basis for Israel’s hi-tech agricultural technology, which has been adopted around the world. Today, Mikveh Yisrael has become a boarding school and youth village to help integrate new immigrants, which focuses on agricultural studies. It remains one of the key starting points for the era of redemption that God spoke through the prophets, the era of the Jewish people returning to their ancient homeland and being a light unto the nations. To learn more about Jewish-Christian relations, and the building of the modern State of Israel as envisaged by the prophets of the Bible check us out at @christian_jpost, on Facebook.com/jpostchristianworld/ and see the best of the Holy Land in The Jerusalem Post - Christian Edition monthly magazine.sign up to our newsletter