Today in History: Antoninus and the heroes of Beitar

Roman emperor "came like a blessing" to the Jews after the Great Revolt. 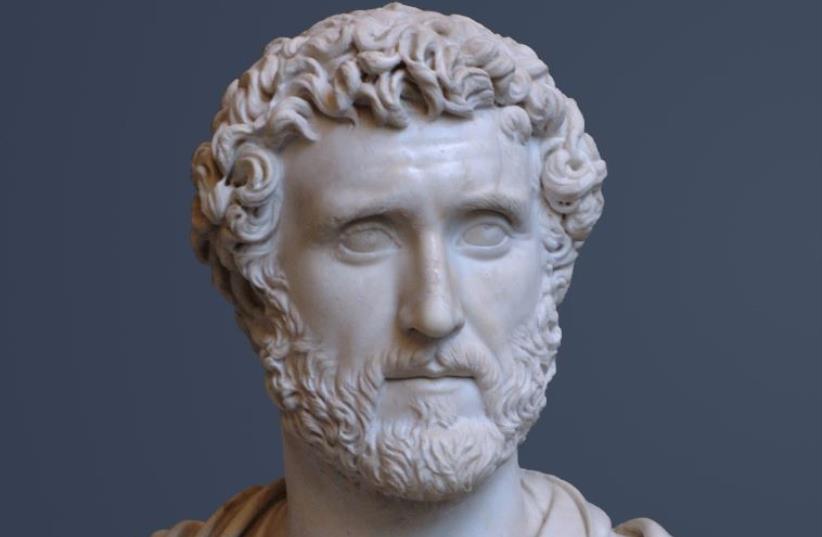 Bust of Antoninus Pius, ca. 150
(photo credit: Wikimedia Commons)
Advertisement
On this date, March 7, 161 CE, Roman Emperor Antoninus Pius died. The reign of the just and humane emperor “came like a blessing” to the Jews, wrote 20th century conservative Rabbi Louis Ginzberg in the Jewish Encyclopedia.Antoninus’s role is best portrayed in the following account: Every year during the summer, on the 15th of the Hebrew month of Ab, the Jewish People celebrate the miracle God performed in the aftermath of the Battle of Beitar in 135 CE, of which Roman Emperor Antoninus played a minor part. After a difficult period in Judea after the destruction of the Second Temple in 70 CE, the Jews were burdened by harsh emperors, including Hadrian, who ruled Judea with an iron fist – persecuting the Jews and their way of life. During the final act of the Great Revolt under the leadership of Judean Bar Kokhba, Roman soldiers ascended on the Jewish fortress of Beitar south of Jerusalem, laying siege to the city for three years. Beitar eventually fell and the Romans massacred more than half a million Jews all together in the battle and other battles during the revolt, according to the Greek historian Cassius Dio. For years, in order to enlarge the disgrace of the Jewish People, then-Emperor Hadrian refused to permit the surviving Jews to bury their countrymen. Hadrian even tried to erase Judea and the Jewish People off the map by naming the Holy Land “Syria Palæstina” and the Holy City of Jerusalem “Aelia Capitolina.”After Hadrian’s death, the Midrash (Eicha Rabbah) explains that Jewish leaders sent a delegation to the new Caesar – who allowed the Judeans to give the dead at Beitar their burial rites and to pay their final respects to the men, women and children who bravely fought the Roman army.After years of sitting out in the open, the Jewish community found the corpses in the city perfectly intact, without any signs of decomposition or foul odors. By comparing the account in the midrash to the chronicles of the Roman Empire, the ruler who permitted the burial was Antoninus.After the death of Hadrian, it took Antoninus – one of the Roman Empire’s “Five Good Emperors” and the adopted son and heir of Hadrian – about only one year to repeal all the edicts persecuting the Jews and their way of life. The Jewish People were still not allowed to proselytize. But those who were born into the faith could now freely practice and worship God in their traditional methods and schools and the synagogues were openly reestablished. After years of destruction, Judaism and the Jewish People could now begin to sprout roots again.To learn more about the history of the Jews in the Holy Land check us out at @christian_jpost, on Facebook.com/jpostchristianworld/ and see the best of Israel in The Jerusalem Post - Christian Edition monthly magazine.
Sign up for our Christian World newsletter >>