Today in History: From Battle of Shiloh to Ben-Hur 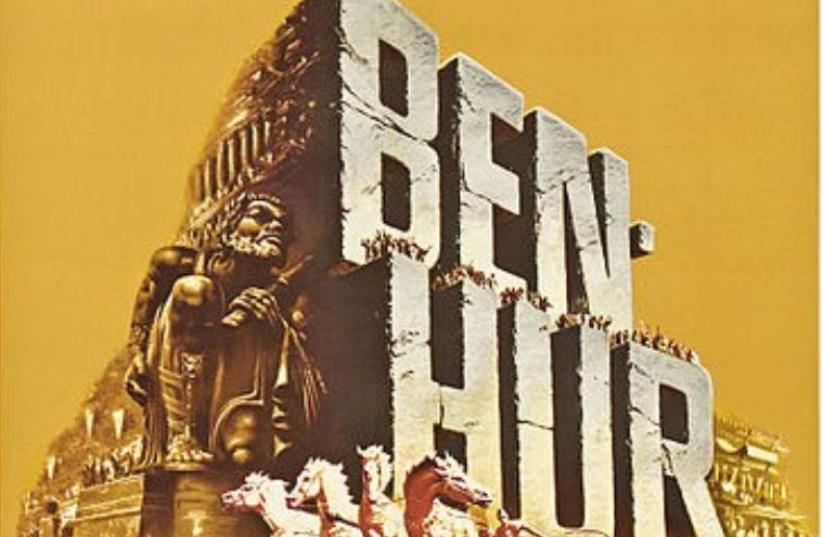 Film rendition of Ben Hur.
(photo credit: Wikimedia Commons)
Advertisement
On February 15, 1905, US Gen. Lew Wallace, author of the bestselling novel “Ben-Hur: A Tale of the Christ,” died at the age of 77.Wallace’s youth was troubled by discipline problems, but eventually he went on to study law at his father’s law office. At the start of the Mexican–American War in 1846, he temporarily abandoned his studies and began a career in the volunteer army. After becoming a lawyer, Wallace returned to the military in the Civil War, rising to the rank of major-general and leading Union troops in key battles such as Shiloh and Monocacy. Yet Wallace made his mark in the world through his true talent and his true love – writing. Starting in 1873, during his spare time at home in Crawfordsville, Indiana, he began writing a historical adventure story of a Jewish nobleman during the time of Jesus. Several years later he finished the manuscript while serving as the territorial governor of New Mexico, and in 1880 Harper and Brothers published “Ben-Hur: A Tale of the Christ.”The story follows the life of a prince of Judah in the early part of the first millennium, with the story of Jesus’ life in the background. After a difficult life as a slave, which begins after Ben-Hur is falsely accused of attempting to assassinate the Roman governor, the title character returns home to Jerusalem as a trained soldier and charioteer seeking revenge for himself and his family and ultimately becomes attached to Jesus and his message.Wallace would only travel to the Holy Land after the publication of his novel. Though even after visiting Jerusalem and other holy sites, he could “find no reason for making a single change in the text of the book,” as his descriptions and research matched the authenticity. John Swansburg of Slate.com writes that Wallace was inspired to write the book after a discussion he had with the leading atheist of his time, Robert Ingersoll. The discussion had the opposite effect on Wallace – instead of moving closer to agnosticism, he used his ignorance in Christian beliefs to propel him to create some sort of work that would both strengthen his faith and the faith of his fellow countrymen. The best way to keep people’s attention, and his easily distracted mind, as he recalled, was to write a historical novel.The film “Ben-Hur” was shot partly in the Israeli town of Lifta, outside of Jerusalem. The Arab village, which was abandoned by its residents during the 1948 War of Independence, remained intact and was able to double as an ancient town from the Roman era of Jerusalem. Lifta, also known as Mei Nephtoah in Hebrew, is associated with the verse from Joshua 15: 9: “The southern side began at the outskirts of Kiriath Jearim on the west, and the boundary came out at the spring of the waters of Nephtoah.”To learn more about the role of the Bible in history, Christian-Jewish relations and the Jewish roots of Jesus, check us out at @christian_jpost, on Facebook.com/jpostchristianworld/ and see the best of the Holy Land in The Jerusalem Post - Christian Edition monthly magazine.
Sign up for our Christian World newsletter >>