More than 150 faith leaders worldwide signed a letter to Patriarch Kirill of the Russian Orthodox Church calling on him to speak with Russian President Vladimir Putin and convince him to de-escalate the conflict.

“We, religious leaders representing many faith traditions, write to express our concern with the war taking place in Ukraine,” the letter, which was translated into Russian reads. “We are mindful of our religious obligation to choose peace through dialogue. Our role is to pray for and support peaceful resolutions of conflict situations.”

They said that the conflict also “poses a much wider risk of destruction beyond Ukraine, including the very real threat of a nuclear accident and a larger conflict between nuclear armed powers, which we know God wants us to avoid at all costs. At this moment, religious leaders are called to rise to the occasion on behalf of God, people, and all creatures.”

The letter was sent to Kirill and Metropolitan Hilarion on March 6. 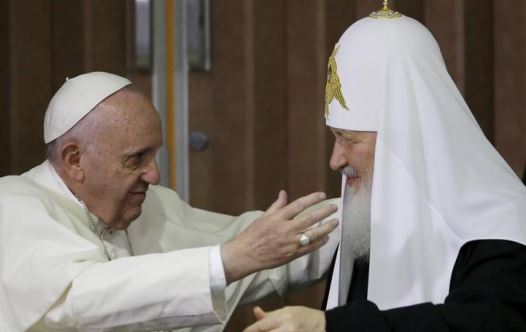