Who will Abbas bring to his meeting next week with Trump?

The Jerusalem Post takes a look at the key Palestinian officials expected to participate in anticipated peace process negotiations with Israel and the Trump administration.

Trump-Abbas meeting in Washington. (Reuters)
Advertisement
Palestinian Authority President Mahmoud Abbas’s inner circle of advisers is comprised of officials who have stood by the leader since he assumed the reins of the presidency in 2005. The following officials will most likely be present at his meeting with US President Donald Trump in Bethlehem on December 23: 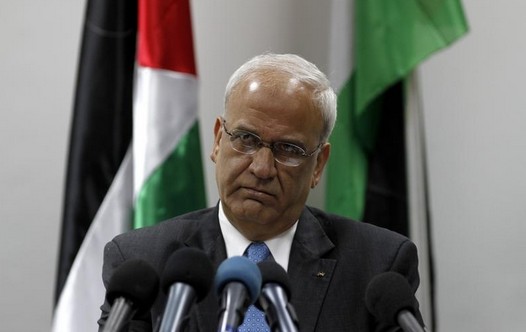 Chief Palestinian negotiator Saeb Erekat (Reuters).
Saeb Erekat:Erekat serves as chief Palestinian negotiator and PLO Executive Committee secretary-general. He also accompanies the PA president on many of his foreign trips.While pursuing a doctorate in Britain in the late 1970s and early ’80s, Erekat experienced a political transformation whereby he concluded that “there is no military solution to the [Palestinian-Israeli] conflict.”He later joined the Arab Studies Society, the main PLO-affiliated organization in Jerusalem. Since the first peace talks in the early ’90s, Erekat has been one of the most influential Palestinian negotiators. An Al-Jazeera leak in 2011, which revealed major concessions Erekat offered former prime minister Ehud Olmert, inspired protests on the Palestinian street.Erekat has sat in almost every meeting between the Trump administration and Palestinian officials.Majid Faraj: Faraj is the PA General Intelligence Services chief and a senior Fatah member. He hails from the Dehaishe refugee camp, and was a prominent member of the Shabibah, the Fatah youth movement, in his early years and an active participant in the first intifada.After Fatah Central Committee member Muhammad Shtayyeh resigned as a negotiator in the US-led 2013-14 peace talks, Abbas appointed Faraj as a replacement. According to a former US official, Faraj was an “impressive” negotiator.In a rare interview in 2015, Faraj told Defense News that the PA security forces foiled 200 attacks against Israelis, sparking popular condemnation of the intelligence chief and security personnel.Faraj became the first Palestinian official to meet with the Trump administration, visiting security officials in Washington in February. 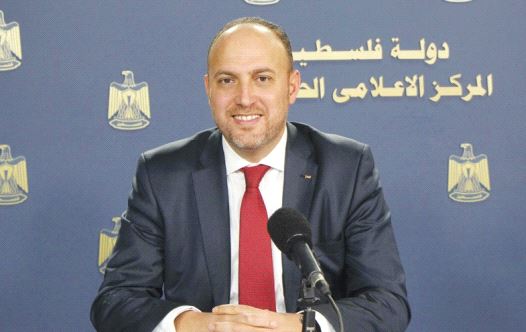 Husam Zomlot (Wikimedia Commons).
Husam Zomlot: Zomlot is the PLO ambassador to the US and a senior Fatah member. He hails from the Shabura refugee camp in the Gaza Strip, and first emerged as a political leader on the Bir Zeit University student council.After completing a doctorate in international economy at the School of Oriental and African Studies at the University of London, Zomlot was hired by the PLO mission in London where he climbed the ranks to become chargé d’affaires.In 2015, he was appointed as a strategic affairs adviser to Abbas, a position that he occupied until becoming ambassador to the US.Unlike a number of other Palestinian officials, Zomlot has consistently expressed optimism that the Trump administration can help Israel and the Palestinians reach “the ultimate deal.”Muhammed Mustafa: Mustafa is Abbas’s adviser for economic affairs. After completing a doctorate in Economics and Management at George Washington University in the US capital, he held a variety of positions at the World Bank over a 15-year tenure.In 2005, Mustafa was appointed CEO of the Palestine Investment Fund, the PA’s sovereign wealth fund, where he still manages a portfolio valued at some $800m. Abbas appointed Mustafa as deputy prime minister and national economy minister in 2014, but the latter resigned for unclear reasons in 2015.Mustafa has advocated for the establishment of economic borders with Israel, which would allow the PA to control the goods entering and exiting its territory and wage taxes more appropriate for its markets.He was a part of a three-member advance team, which prepared Abbas’s visit to Washington in early May.Nabil Abu Rudeinah: Abu Rudeinah is Abbas’s spokesman and almost always at the PA president’s side.Former PA president Yasser Arafat appointed Abu Rudeinah as his spokesman in the ’90s, a position that he held until Arafat’s death in 2004.When Abbas assumed the PA president’s office in 2005, he reappointed Abu Rudeinah as his spokesman.Despite holding the official title of spokesman, Abu Rudeinah infrequently interacts with the media. He mainly speaks to official PA outlets, Reuters and AFP.Majdi al-Khalidi: Khalidi is Abbas’s diplomatic affairs adviser. While he almost always travels abroad with Abbas, little is known about him as he seldom speaks to the press.Khalidi, who spent much of his early years in Egypt, has worked for Abbas before the latter became PA president.A former Palestinian official described Khalidi as a “devoted Abbas loyalist who does everything to stay out of the limelight.”Khalidi was at the table when Abbas and Trump met in Washington in early May. 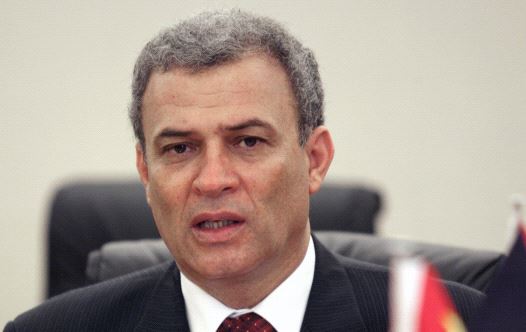 Palestinian Authority Foreign Minister Ziad Abu Amr (Reuters).
Ziad Abu Amr: Abu Amr is PA deputy prime minister and a close confidante of Abbas. He grew up in Gaza. After a stint as a professor at Bir Zeit University, he was elected to the now-defunct Palestinian Legislative Council in 1996.In 2015, he replaced Muhammad Mustafa as PA deputy prime minister.Abbas considered appointing Abu Amr ambassador to the US over the past year, but ultimately decided to nominate Zomlot.Similar to a number of other Abbas advisers, Abu Amr rarely speaks to the press. He was a part of the Palestinian delegation that visited Trump in Washington in early May.