Ambassador Dermer to liaison with White House on Pollard

Pollard is currently appealing a court decision to not ease the parole conditions. 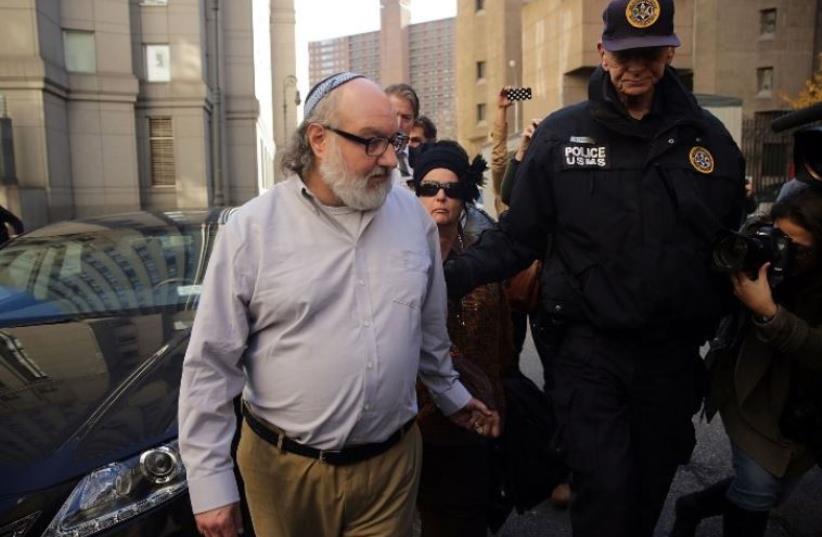 Israeli spy Jonathan Pollard leaves a federal courthouse in New York
(photo credit: AFP PHOTO)
Advertisement
Prime Minister Benjamin Netanyahu has asked Ambassador to the US Ron Dermer to speak to the White House about easing parole restrictions for Jonathan Pollard after raising the issue on Thursday with Vice President Mike Pence.“Clearly, this is a positive sign that he new administration will give the matter serious consideration,” said National Council of Young Israel president Farley Weiss, who has been active in efforts to help Pollard for 20 years.“Pollard should be allowed to go to Israel, and we hope the Trump administration, once they review the matter, will agree,” he added.At a press briefing following his press conference with President Donald Trump, The Jerusalem Post asked Netanyahu whether he raised the issue with Trump, and the prime minister declined to respond.Pollard was released on “mandatory” parole November 20, 2015, after serving exactly 30 years in prison for the crime of conspiracy to commit espionage without intent to harm the United States, by delivering classified information to Israel in 1984 and 1985.But his parole conditions require him to be monitored by a GPS device that forces him to violate Shabbat and Jewish holidays, and his computers also must be monitored, which his lawyers say has prevented him from being employed. He must remain in his New York home from 7 p.m. to 7 a.m., and he may not leave the state of New York.Pollard is currently appealing a court decision that had ruled the parole conditions not be eased.