Issue of the rise of antisemitism discussed at White House roundtable

Deputy Special Envoy to Monitor and Combat Antisemitism, Aaron Keyak: "We will work with Jewish leaders to ensure that the US government is using all the tools available to us to combat this hate."

WASHINGTON – Some 30 administration officials and Jewish leaders participated in the White House roundtable Wednesday to discuss the rise of antisemitism in the US. One of them was Aaron Keyak, deputy special envoy to monitor and combat antisemitism at the State Department.

Keyak, who is the deputy to Ambassador Deborah Lipstadt, is tasked with leading the administration’s efforts to fight antisemitism abroad, not in the US. Still, the office of the special envoy participated in Wednesday’s discussion as the recent spike of antisemitism is seen as a global trend. “The line between international and domestic antisemitism is no longer as clear as it used to be,” he told The Jerusalem Post. “It’s increasingly blurred, especially when you take into account online antisemitism,” Keyak explained.

“In our office at the State Department, in line with our congressional mandate, we are in charge of looking abroad. But we rarely find incidents of antisemitism that are strictly domestic,” he said.

What drives the current spike in antisemitism?

“I think it’s important to understand that antisemitism is an ancient hatred. I wish that we had the answer that would end antisemitism, but the truth is we’re not going to end antisemitism,” Keyak lamented. “The truth is that Jew-hatred exists everywhere in every country, on every day, in every community. Yet, we must fight it and do all we can to combat it.” 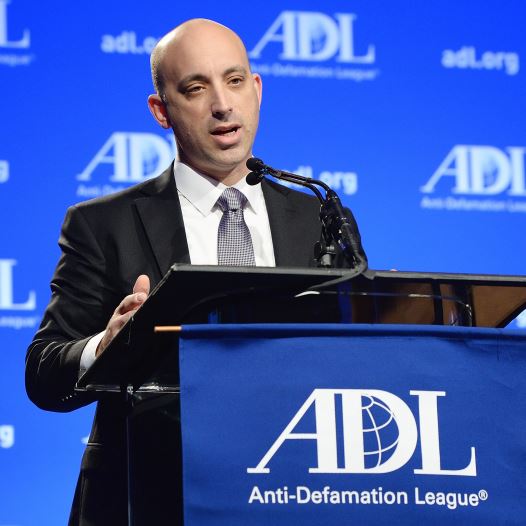 Wednesday’s event brought many leaders from a wide range of organizations, including the Conference of Presidents, the American Jewish Committee, the Anti-Defamation League, religious groups and the National Council of Jewish Women, among other groups. Although no new policy announcements were made by the federal government at the roundtable discussion, Keyak says that the event was an important next step, and not just a photo opportunity.

“To get on the schedule of the Second Gentleman [Doug Emhoff, husband of Vice President Kamala Harris], [Director of the United States Domestic Policy Council Susan] Rice and Ambassador Lipstadt, you need much more than a photo op,” he said. “Ambassador Lipstadt is not in this job for photo ops... We were listening to leaders from communities most impacted and what they had to say. We are going to work together to erase this pernicious hate. Maybe we don’t have all the answers today, but we’re committed to fighting antisemitism, and Wednesday’s event was an important next step.

“As Ambassador Lipstadt said, the time to express, not just outrage – [and] our commitment to curtailing this scourge – is now. Later will be too late,” said Keyak. “We are taking a whole of government approach. In addition to the highest levels of our government clearly condemning antisemitism, we will work with Jewish leaders and others in the fight against hate to ensure that the US government is using all the tools available to us to combat this hate. The convening of this roundtable was a discussion of how to do that best.”

Several Jewish groups issued statements following their participation at the discussion. “[The] roundtable with the American Jewish community reaffirmed the commitment of the Biden administration to take necessary and immediate steps to combat antisemitism in all its manifestations,” the Conference of Presidents of Major Jewish Organizations said.

“We welcome the administration’s efforts to fight antisemitism and are encouraged by their commitment to improve coordination between government agencies and to expand educational programs on antisemitism,” The umbrella group said.

“Jewish hate has reached a level previously unimaginable in the United States,” the conference said. “In light of recent events, it was critically important for all of us today to demonstrate the consensus that exists across the entire spectrum of the Jewish community on the dire need to combat antisemitism. We will remain united, for the explicit purpose of stopping violence and saving lives.”

George Selim, ADL Senior VP for National Affairs, who attended the event as well, said in a statement: “We are experiencing a perfect storm of rising antisemitism.”

“Antisemitic tropes and conspiracy theories are being normalized and mainstreamed through social media, celebrities, in politics and across society,” he said. “We are incredibly gratified that the Biden administration is committed to taking this threat seriously and is determined to use all of the tools at its disposal to counter these trends.

“ADL deeply appreciates the important steps that the White House has taken so far to fight this rise in antisemitism at home and around the world. But our work has only just begun,” Selim said. “The administration needs to adopt a unified national strategy.”

“ADL deeply appreciates the important steps that the White House has taken so far to fight this rise in antisemitism at home and around the world. But our work has only just begun.”

American Jewish Committee CEO Ted Deutch, who attended the roundtable, said in a press release that it was “a resounding statement by the Biden administration of its unwavering commitment to tackling the scourge of antisemitism.”

“It was both inspiring and powerful,” he said. “Second Gentleman Doug Emhoff’s leadership sent a strong signal that this is a conversation that will continue in the White House.”