The Great Synagogue in Budapest will be illuminated throughout the night and messages from Holocaust survivors, leaders, and students from around the world will be projected onto its walls. 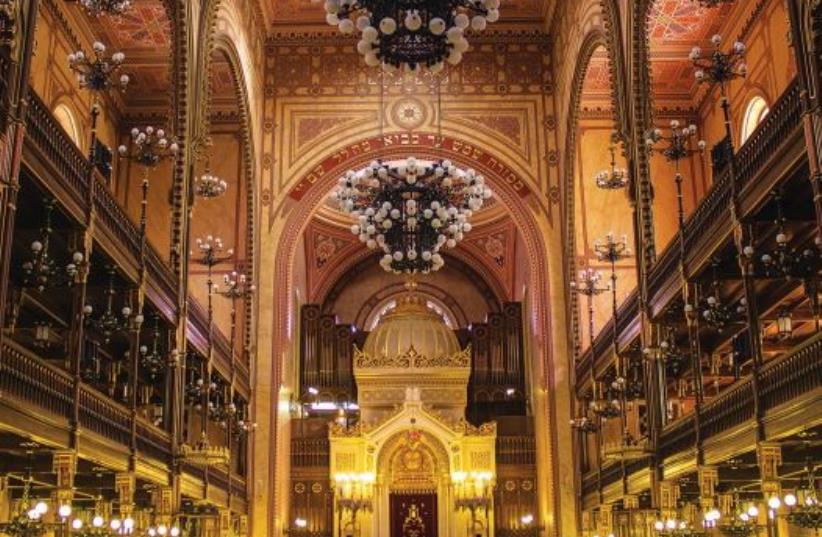 On the night of November 9-10, 1938, the Nazis organized the murder of Jews and the burning of 1,400 synagogues and Jewish institutions in Germany and Austria as part of the ״Kristallnacht״ pogrom. This event is one of the seminal moments that led to the Holocaust. To mark this historical event and to stand in protest to the rise of antisemitic events and hate crimes, International March of the Living launched the ‘Let There Be Light’ global initiative in which individuals, institutions, and houses of worship of all faiths leave their lights on during the night of November 9, as a symbol of mutual responsibility and the shared struggle against antisemitism, racism, hatred, and intolerance.

President of Israel, Isaac Herzog welcomed the initiative and commented that, "Among the horrors of the Holocaust, a central and painful place is reserved for Kristallnacht, the terrible pogrom against the Jews of Germany and Austria that symbolizes the turning point in the extermination of European Jewry. The night of Kristallnacht heralded the crossing of a fateful line, the signal to relinquish all restraint. In one night, an underlying sentiment of antisemitism, became the overt expression of the many. We are all committed to fighting and uprooting every incarnation of antisemitism. We will continue to do all we can to remember, memorialize, and ensure that such horrific events are a thing of the past, and the past alone".

European Commission Coordinator on combatting Antisemitism Katherina Von Schnurbein said, “Eighty-three years after Pogrom night antisemitism is on the rise, attacks on Jews, are still a reality. The European Union is united and determined roll back antisemitism through words and action and ensure safety for all Europeans, regardless of their religion or belief, ethnic identity or skin color."

Andras Heisler, President of the Hungarian Jewish Community said, “Let us remember this date and of what happened then. Let us remember how many Jewish lives were broken and ended during the Shoah. Our mutual responsibility is to recover from losses to build up bridges between communities as well as with other denominations. Always remember and never forget."

Tamas Mester, President of the Budapest Jewish Community, added, “Let us remember our dear brethren, the innocent ones, elderly, children, men and women who lost their lives during the Shoah across Europe. We must be recovered and strengthen ourselves. We must bring light into our lives. We shall never forget but always remember."

Yacov Hadas Handelsman, Ambassador of Israel to Hungary commented, “The sounds of broken glass meant not only a symbolic destruction of Jewish existence and all that it signifies, but also the destruction of European civilization."

Dr. Shmuel Rosenman, Chairman of March of the Living said, “The International March of the Living organization has devoted itself to Holocaust education and the fight against antisemitism. Tonight, as we mark 83 years since "Kristallnacht", we call on the world to stop, even for a moment, to remember the horrors of the past and to put up a bright warning sign against the antisemitism that still shamelessly raises its head. I congratulate the European countries that are taking part in the "Let There Be Light" initiative to clearly remember the past and in support of the common struggle against antisemitism. We will continue to work to ensure that Never Means Never.”