Christopher Stephen Brown is facing up to five years in federal prison after he allegedly threatened to 'tear out' rabbis' eyes and tongues and kill as many as he could. 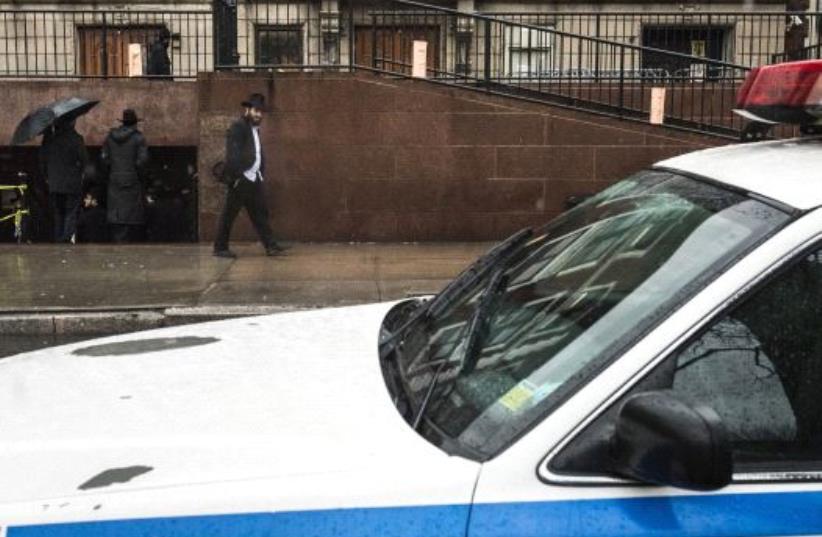 A police vehicle is seen outside a Brooklyn synagogue at the world headquarters of the Chabad-Lubavitch movement in New York City [File]
(photo credit: REUTERS)
Advertisement

A man in Amarillo, Texas, is facing up to five years in federal prison, accused of directing death threats at three rabbis, according to a statement published on Friday by the office of the US Attorney for the Northern District of Texas, Chad E. Meacham.

37-year-old Christopher Stephen Brown is charged with interstate threatening communications after he allegedly repeatedly contacted Chabad, calling for the death of all Jews, threatening to murder members of the Beit Din (Jewish court) and sending a link to his YouTube channel, on which he said Chabad's chairman, vice chairman and the son of another member of the organization must die.

He later called again, threatening to "tear out" rabbis' eyes and tongues and kill as many as he could, then again the following day saying he would blow their heads off, according to the statement.

When police went to Brown's residence to apprehend him, he resisted arrest, and his girlfriend, 28-year-old Rebekah Jones engaged physically with the law enforcement officers, aiming a gun at an FBI agent who then successfully disarmed her.

While Brown's charge carries a potential five-year prison sentence, Jones could be incarcerated for up to 20 years for assaulting a federal officer with a deadly weapon.

Authorities strongly condemned the alleged acts as a reprehensible display of antisemitism.

“Mr. Brown’s antisemitic statements were both disgusting and unlawful. The First Amendment may guarantee the right to make hateful remarks, but it does not allow for specific threats of violence against individuals," Meacham said, adding that the circumstances of Brown's arrest were further evidence that he posed a threat.