West has had a longtime friendship with Kushner as well as Trump and has publicly expressed support for the former president.

Rapper Kanye West shows a photo on his mobile phone to White House senior adviser Jared Kushner during a meeting with US President Donald Trump to discuss criminal justice reform at the White House in Washington, US, October 11, 2018.
(photo credit: REUTERS/KEVIN LAMARQUE)
Advertisement

Jared Kushner, a former senior advisor to ex-US President Donald Trump, was spotted dining at a Miami, Florida, restaurant with hip-hop star Kanye West, according to a report released by TMZ on Friday.

West has had a longtime friendship with Kushner as well as Trump and has publicly expressed support for the former president, occasionally sporting a "Make America Great Again" hat, according to the report.

West and Kushner maintained contact "almost daily" since the rapper declared he was running for president in a July 2020 tweet, Forbes noted. 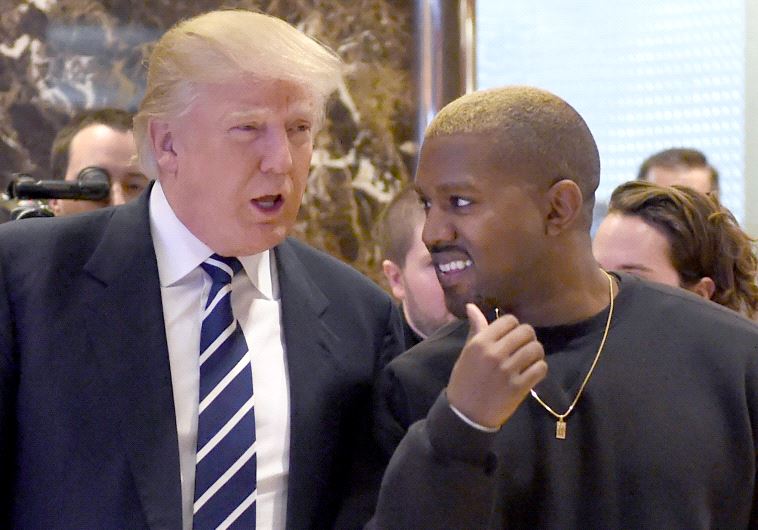 West and his wife Kim Kardashian West once visited Kushner and Trump at the White House to discuss their ideas regarding sentencing reform, according to Forbes. The publication also referred to a previous interview with West, in which he said "I love Jared . . . that’s my boy, you know?"

As a senior advisor to the president, Kushner played a central role in the Trump Administration's Middle East policy, notably as an architect of the Abraham Accords, a diplomatic normalization agreement between the US, Israel, the United Arab Emirates and Bahrain.

West is a highly influential celebrity who has achieved international fame perhaps as much for his eccentric personality as his innovative, modern songwriting and production and aggressive rap style, which have won him 22 Grammy Awards over his two-decade-long career, according to The Independent.

A publicist who once worked for West was accused of attempting to pressure a Georgia election worker into falsely implicating herself in Trump's disproven allegations of widespread voter fraud in the 2020 Presidential Election in a meeting arranged by Trump administration officials, Reuters reported earlier this year. The news organization added comments from a West spokesperson saying the publicist was not associated with West at the time.