160 communities across Ukraine will hold 'Day of Prayer, Torah, Charity'

160 Jewish communities in Ukraine will hold a special day of prayer, Torah learning, charity and good deeds dedicated to peace and tranquility in Ukraine amid invasion fears. 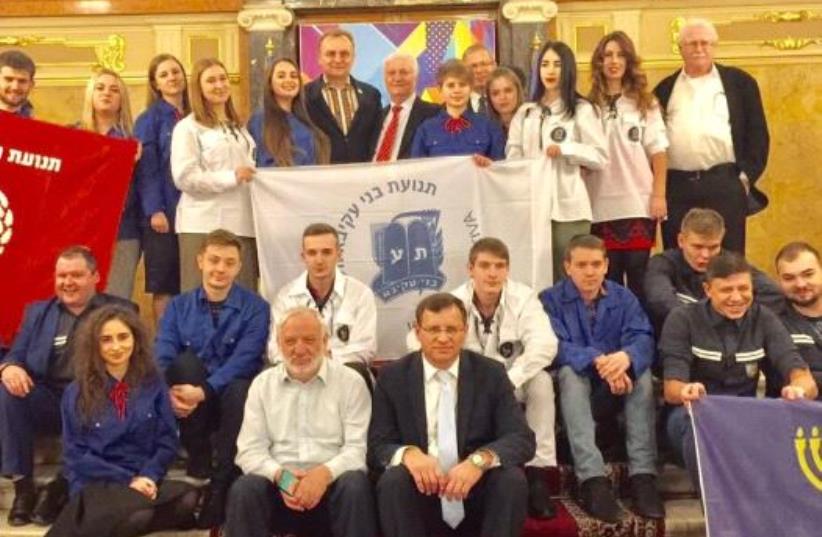 A special letter written by the rabbis and leaders of the Jewish communities in Ukraine specifies that tomorrow (Wednesday), which has been declared National "Unity Day" by Ukrainian President Vlodomir Zelensky, as a preparation of the Ukrainian people for a possible Russian invasion on the same day, according to Western intelligence estimates from the beginning of the week.

160 Jewish communities in Ukraine will hold a special day of prayer, Torah learning, charity and good deeds dedicated to peace and tranquility in Ukraine.

A letter issued tonight by the Jewish Federation states, among other things:

"Dear and beloved Ukrainian Jews, We are in tense and fateful days following the situation prevailing in the country and abroad, but as Jews believe, we are sure that everything comes under supreme supervision, no evil descends from above, and that everything is only for good and blessing.

These days are the days of the month of Adar, and we were commanded that 'when Adar enters, many rejoice' - especially according to the instruction of the leader of the 'Lubavitcher Rebbe', who stated that the sixty days of Adar are special days in which all things of goodness and joy are nullified."

In light of the call of President Vlodomir Zelensky to set the next day as a unity day, "we ask the congregations to take the following actions: Gather in synagogues in each community during tomorrow 15 of the month of 'Adar Rishon' (16.02.2022) for a special prayer in reciting Psalms, giving charity, and adding in deeds In schools and kindergartens."

"We would like to dedicate 10:00 in the morning for half an hour to a special prayer for peace and tranquility in the country; giving charity and speaking of good deeds."

The letter was signed with the mention of the founders of the Hasidic movement buried in Ukraine.

The Jewish Federation added: "Even in these tense days, along with the constant vigilance, we try to instill calm among the Jews of the state and not cause unnecessary panic. This prayer and Torah conference is our small contribution to peace in this part of the world.''