"This is a happy day," says Austria's culture minister. 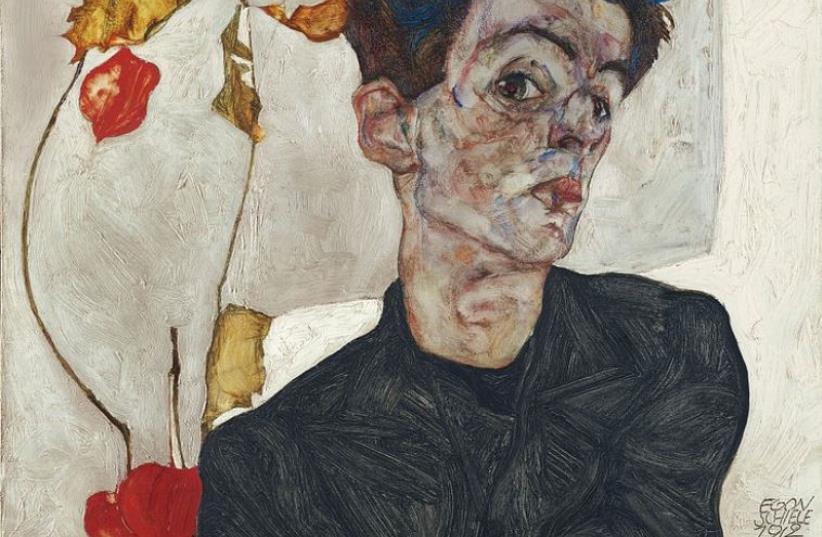 Egon Schiele painting from 1912 titled Self-Portrait with Physalis
(photo credit: Wikimedia Commons)
Advertisement
VIENNA - Vienna's Leopold Museum said on Thursday it had reached a settlement over five Nazi-looted works of art in its collection that will return two of them to the heir of their original Jewish owner, a victim of the Holocaust.The five pieces, all by Austrian painter Egon Schiele, had been owned by Viennese businessman Karl Maylaender, who died after being deported to a labor camp during World War Two. The museum will return two watercolors, including a self-portrait of Schiele, to Mayhlaender's 95-year-old heiress.The remaining three pieces will stay in the museum, which owns the world's largest Schiele collection."This is a happy day," Austria's Culture Minister Josef Ostermayer said at a news conference. The long-running discussion had cast a shadow over the museum and now a "Solomonic solution" had been found, he said.Under Adolf Hitler, the Nazis forced Jewish artists and collectors to sell or give away their works, and many pieces were confiscated outright. A law Austria introduced in 1998 directed that its museums return the looted art, and major works have been given back to descendants of the former owners.However, the Leopold Museum - privately funded and therefore not obliged to follow the law - would have preferred to keep all five drawings. In 2011, it sold one Schiele painting so it could pay $19 million to the heirs of a Jewish art dealer and - as part of the deal - keep another painting.The New York-based heiress with whom the museum reached Thursday's agreement, who officials connected with the case said preferred to remain anonymous, had turned down an offer of money and insisted on getting the artwork back.The Austrian Jewish Community, which backed her, said the now-found agreement was a good solution. "I am happy that the heiress can still enjoy the drawings," community representative Erika Jakubovits said.Elisabeth Leopold, widow of museum's late founder, Rudolf Leopold, who bought the pieces in 1960 from a Maylaender friend, said: "I have made a huge sacrifice in memory of Karl Maylaender.