‘If he’s still a risk, there is a problem with US intelligence’ 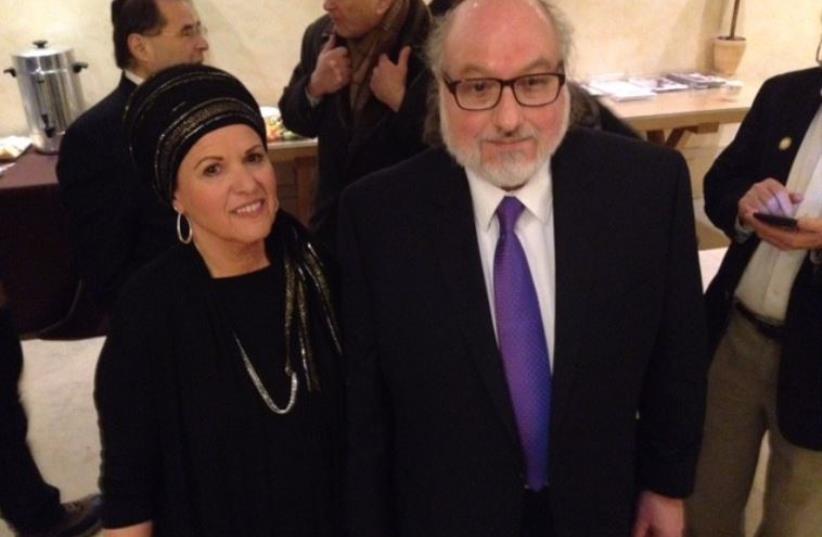 Jonathan and Esther Pollard
(photo credit: JUSTICE4JP)
Advertisement
Restrictions on Israeli spy Jonathan Pollard’s movement should be rescinded in order to allow him to reintegrate into American society, Washington Institute for Near East Policy counselor Dennis Ross wrote in a letter to President Barack Obama last week.Ross, who was an adviser to Obama, came out against Pollard’s parole conditions, which require him to remain in his New York home from 7 p.m. to 7 a.m., be monitored by a heavy GPS wrist-device on Shabbat and holidays, and submit his computers to monitoring, which has prevented him from being employed.Among the reasons cited by the US parole commission for the restrictions are that Pollard still poses a security risk, 31 years after his November 1985 arrest, because he could still remember documents he saw back then. Ross mocked that possibility.“If after 31 years, he is still considered an intelligence risk, then there is something profoundly wrong with the way we conduct and operationalize our intelligence,” Ross wrote.Ross stressed that Pollard committed a crime and he had no sympathy for what he did. He noted that in the four administrations in which he served, Pollard’s case was reviewed and the intelligence community opposed his release.But he said the argument that he would compromise sensitive intelligence if his curfew was rescinded is no longer relevant so many years later.“There is no justification at this point to prevent him from being integrated back into society,” Ross wrote.“I urge you to review how he is being treated, and at a minimum, to end the curfew that limits his ability to function and live a more normal life.”Judge Katherine Forrest of the US District Court in Manhattan is expected to rule on Pollard’s request to remove the parole conditions by the end of August.