Einstein's pre-WWII letter fearing for Europe sells for $30,000 at auction

"I do not have any hope left for the future of Europe," wrote Einstein.

Albert Einstein
(photo credit: Courtesy)
Advertisement
An extraordinary letter written by renowned Jewish physicist Albert Einstein featuring his fears for Europe following the 1938 Munich Agreement was sold on Thursday at auction for $31,250 in Los Angeles.Einstein warned of the impending danger for Europe caused by the pact in an October 10, 1938 two-page letter written in German to his close friend Michele Besso only ten days after British Prime Minister Neville Chamberlain, along with France and Italy, signed the infamous Munich Agreement with Adolf Hitler. "You have confidence in the British and even Chamberlain?" wrote Einstein to Besso. "Oh holy innocence!""Hoping that Hitler might let off steam by attacking Russia, he sacrifices Eastern Europe. But we will come to see once more that shrewdness does not win in the long term."He did all this in such a clever way that he deceived most people... I do not have any hope left for the future of Europe," wrote Einstein. 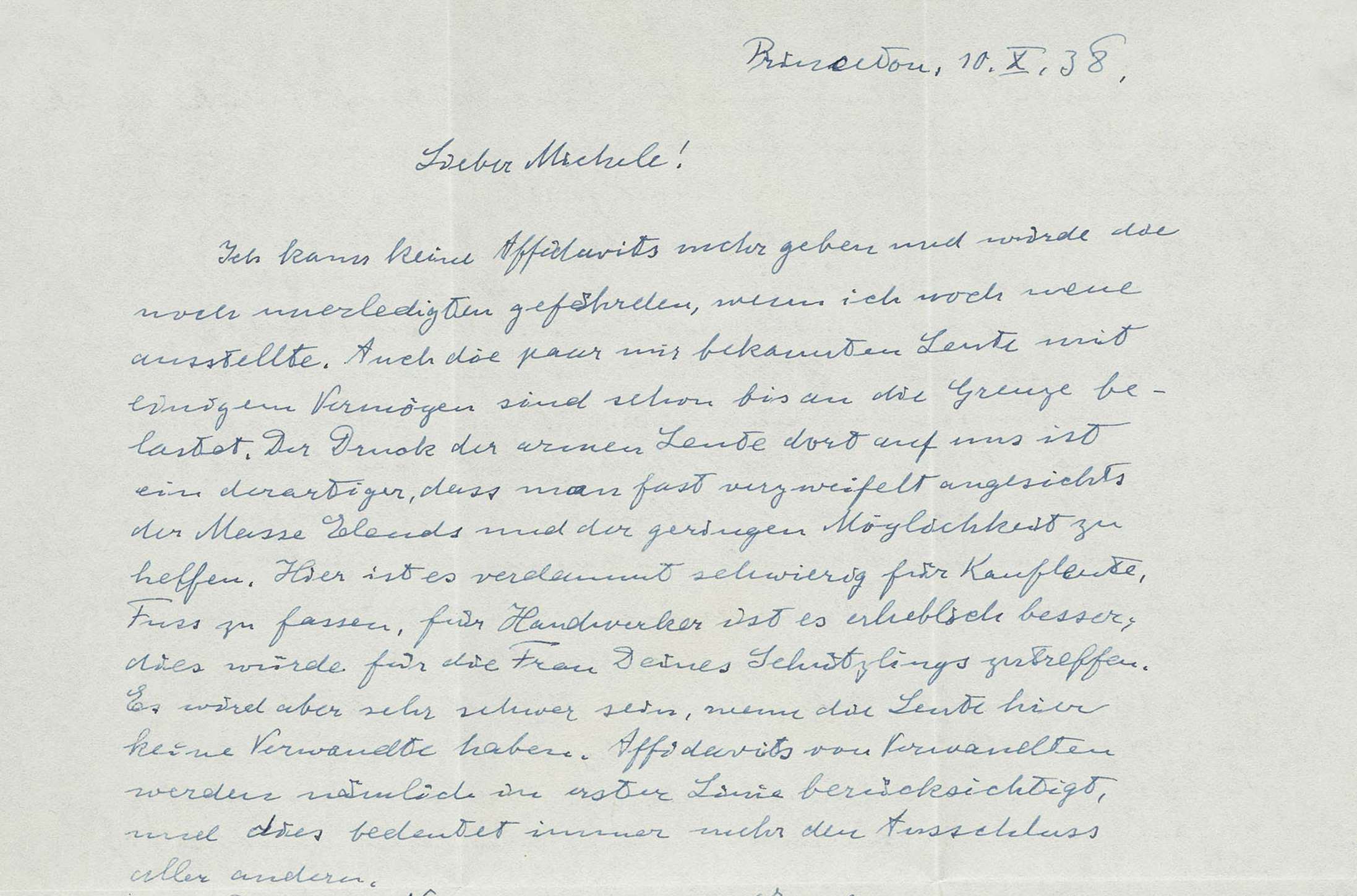 A letter written by Albert Einstein on October 10, 1938 featuring his fears for Europe following the 1938 Munich Agreement (Nate D. Sanders Auctions)
The Munich Agreement, praised by Chamberlain on his return to London as bringing "peace for our time," permitted Germany to annex parts of Czechoslovakia bordering Germany. The agreement, coined the "Munich Betrayal" by the Czechs, would later be seen as a move that emboldened Hitler in a historic failed attempt to appease the Nazi leader.Einstein's premonitory criticism was a notable departure from the considerable praise that was given to the agreement, including from US President Roosevelt and the British royal family. The recipient of the letter, Michele Besso, a Swiss-Italian engineer, was one of Einstein's closest friends and the only person to be credited in Einstein's original draft of the Theory of Special Relativity.The letter comes with the original envelope postmarked from Princeton, where he had lectured at the university in the 1920s and later returned there as a refugee from Nazi Germany in 1933, assuming a post in the Institute for Advanced Study.Nate D. Sanders auction house in Los Angeles started the bidding at $25,000.In July 2017, a signed photo of Einstein sticking out his tongue at a photographer sold for $125,000 at the same auction house.