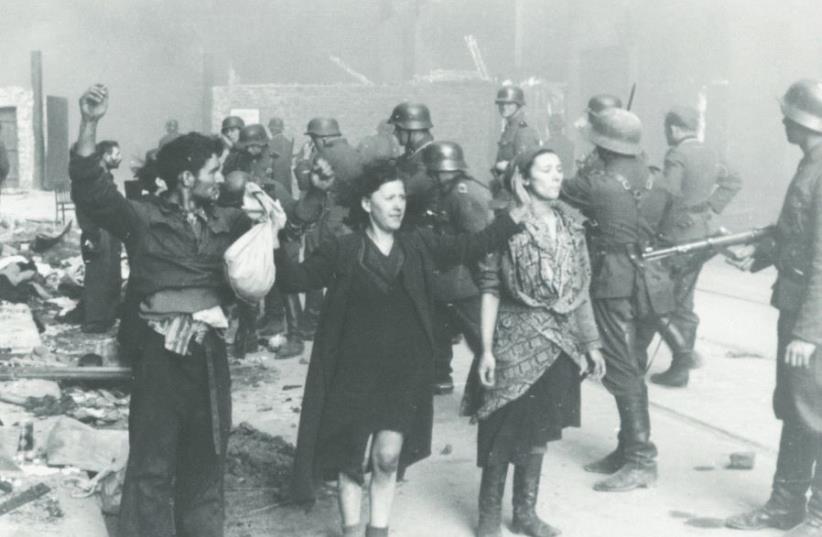 A scene from the Warsaw Ghetto Uprising in 1943
(photo credit: Wikimedia Commons)
Advertisement
Hollywood producer Harvey Weinstein is preparing to adapt Leon Uris’s novel Mila 18 – about the Warsaw Ghetto uprising – into a blockbuster film.Weinstein, the co-founder of Miramax, has been behind some of the biggest hits and critical successes of the past 20 years. And now he’s looking to tackle the epic tale of the Jewish resistance fighters who took a brave stance against the Nazis in the Warsaw Ghetto.In a column Weinstein wrote for Deadline.com earlier this week, he said a variety of events inspired him to create this film.“I’ve made and distributed movies about the Holocaust. I was severely criticized for Life Is Beautiful and severely rewarded for it,” wrote Weinstein of the 1997 film. “It remains a personal favorite. There are many others. I guess it is personal – I lost eight great aunts and uncles to Auschwitz.”But Weinstein also had ancestors who escaped to Israel, and he went to visit them as a kid.“My aunt gave me a book called Mila 18 to read on the trip,” he recalled. “It was a book that inspired me. It’s the story of the uprising in the Warsaw Ghetto. It’s the triumph of a few Jewish rebels (men and women) who think they’re going to die and instead defeat thousands of German soldiers in the ghetto, and half of them escaped.”Weinstein said he developed a script years ago with his friend Hossein Amini, but it ended up being shelved.“I’ve already started to talk to people about it after delaying it for so many years,” he wrote. “I am now committed.”According to The Algemeiner, Ron Agam, a friend of Wesintein, confirmed that the studio executive will be directing the film, marking his first time behind the camera in more than 30 years.Uris’s Mila 18, named for the underground bunker where the Jewish resistance fighters had their headquarters, was published in 1961 and became a bestseller. The author’s 1958 novel Exodus was famously made into a blockbuster 1960 film.