WJRO is asking participants to post their stories through videos, photos, statements, or drawings, including #MyPropertyStory and tagging @WJRORestitution. 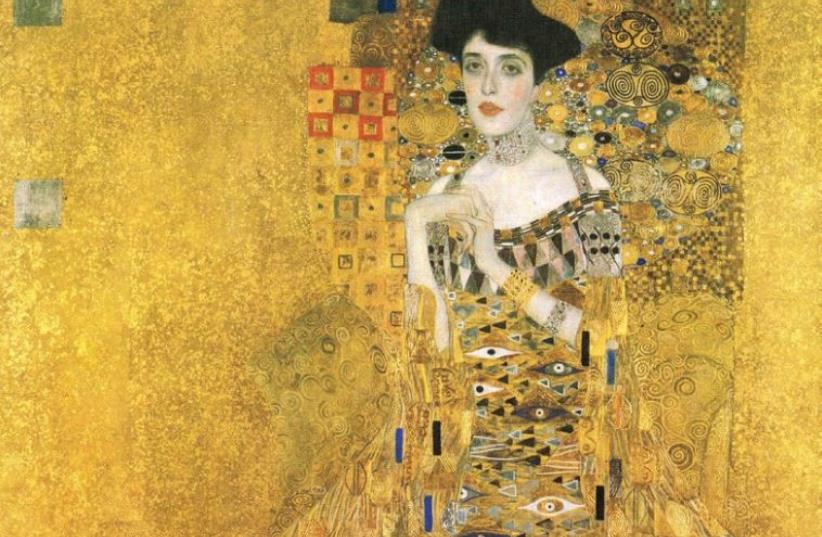 ‘Woman in Gold’ portait by Gustav Klimt.
(photo credit: Courtesy)
Advertisement
During the Holocaust, millions of Jews throughout Europe were robbed by the Nazis of every possession they ever had, such as jewelry and paintings, from their homes and businesses. Each item represented a cherished memory, a loved one, a childhood cut short, a lifetime of labor; generations of history, people’s lives that were taken.  This year, 75 years after the Holocaust, the World Jewish Restitution Organization (WJRO), an organization addressing the restitution of Jewish property in Europe, launched for the second year in a row a social media campaign for their #MyPropertyStory: The Next Generations. This year, the campaign will focus on survivors, their descendants and their connection to their family history before and after the Shoah, to shine a light on the unprecedented theft of property from Jewish people and communities during the Holocaust and its aftermath. WJRO is asking participants to post their stories through videos, photos, statements, or drawings, via Facebook, Twitter, and Instagram and to include – #MyPropertyStory and tag @WJRORestitution. Last year, tens of thousands of people from around the world participated in the #MyPropertyStory campaign. People engaged through social media in response to stories of lives that were forever changed by the Holocaust – stories that showed how their homes, land, businesses and personal possessions were powerful links to their pasts.“Following the success of last year's #MyPropertyStory social media campaign, we are honored to launch an expanded version this year, focused on the children and grandchildren of the survivors who lost so much,” said Gideon Taylor, the organization's chairman of operations, emphasizing how their stories will be powerful additions to the campaign."This campaign offers a unique opportunity for people to share and connect with one another – focusing on how the injustices of lives that were forever changed by the Holocaust have affected Jewish families across generations."This year, WJRO interviewed the next generation, two daughters and a son of Holocaust survivors who share their own journey of what has connected them to their family history, sharing the videos on YouTube. Lorraine Braun, Shoshana Greenberg and David Kotek are relating the stories behind their family heritage, recalling how important connections to their family properties is an integral part of their legacy. “The restitution of property [in Poland] will be a historical justice and will bring Polish and Jewish people closer together,” said a hopeful Kotek, after visiting an apartment building that belonged to his father and his aunt in Sosnowiec, Poland. Braun added: “We felt that it was our inheritance to try to take back some of that sense of joyfulness that existed in the house,” speaking about her mother's home in the Czech Republic that she heard about all during her childhood, and that she finally got to visit in 2012.As the groundbreaking Justice for Uncompensated Survivors Today (JUST) Act report recently released by the US State Department makes clear, many European countries have not met their commitments on Holocaust-era property restitution.  The #MyPropertyStory campaign will help elevate the issue so that Holocaust survivors can seek a measure of justice during their lifetime."I will continue to prioritize this effort," declared US Secretary of State Mike Pompeo in the report. The report was issued to Congress by the State Department as required by the JUST Act, passed unanimously by both houses of Congress and signed into law by President Donald Trump in May 2018.  Poland is the only country in the European Union that has not passed comprehensive legislation for restitution or compensation for private property taken during the Holocaust by the Nazis.