Gino Bartali, who died in 2000, smuggled Resistance messages and false documents for Jews hidden in his bicycle frame when riding through central Italy. 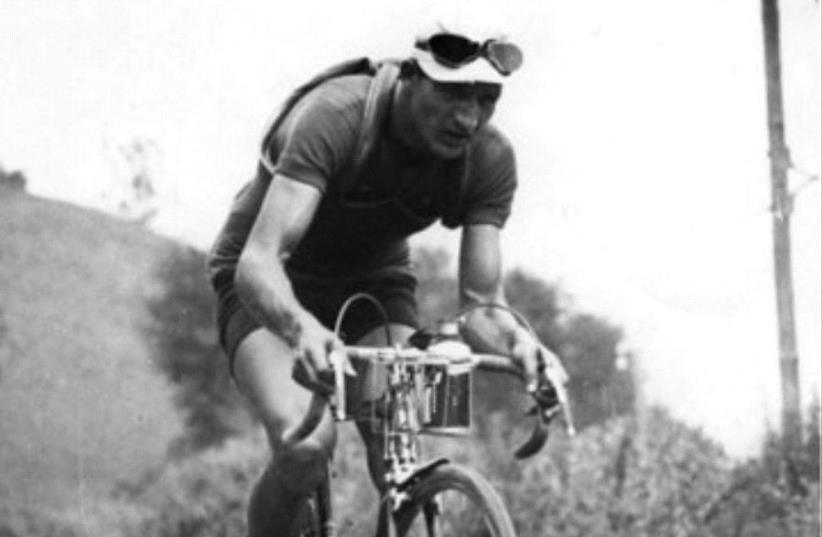 Italian cyclist Gino Bartali in the 1938 Tour de France
(photo credit: FULGUR PHOTO-PRESS/SPAARNESTAD PHOTO/WIKIMEDIA COMMONS)
Advertisement
ROME – Italian and Israeli cyclists are paying tribute this week to Gino Bartali, an Italian cycling champion who saved hundreds of Jews during the Holocaust and in 2013 was recognized as a Righteous Among Nations.Bartali, who died in 2000, smuggled Resistance messages and false documents for Jews hidden in his bicycle frame when riding through central Italy, supposedly as part of his training schedule.On Monday in Florence, members of the Israel Cycling Academy, Israeli’s first professional cycling team, joined the Mayor of Florence, city council members, and Jewish representatives at a commemorative ceremony before on Tuesday retracing one of Bartali’s routes – the 190 kilometers, or nearly 120 miles, from Florence to Assisi. It was the second year in a row the Israeli team commemorated Bartali in this way. Italy’s annual Giro d’Italia cycling race – which marks its 100th edition this year – will start the day’s ride on Wednesday from in front of a cycling museum dedicated to Bartali in his birthplace, Ponte a Ema, just outside Florence.Bartali won the Giro d’Italia, which follows a route in stages around the country, three times.