Israeli mega-star Sarit Hadad performed at a special event to mark 50 years since the reunification of Jerusalem. 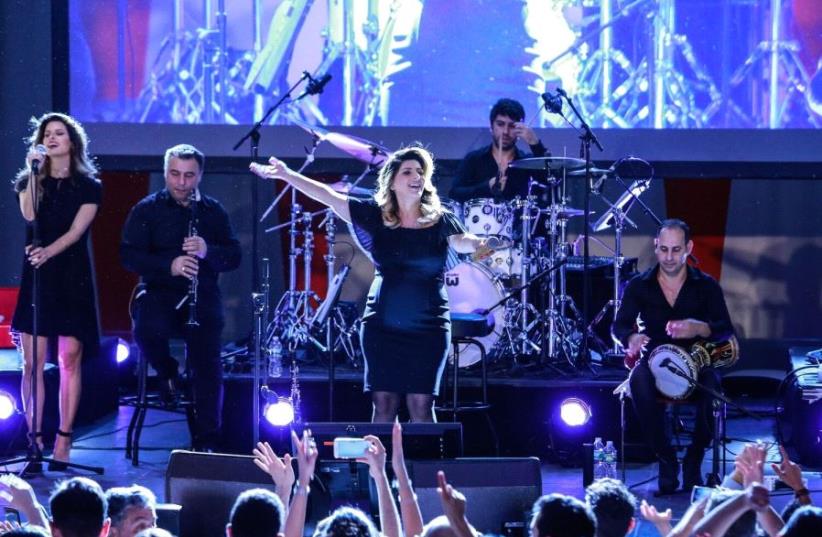 Sarit Hadad at the UN
(photo credit: MARK VON HOLDEN)
Advertisement
Diplomats from around the world joined members of the Jewish-American community and hundreds of Israel supporters in New York on Monday to mark the reunification of Jerusalem. Hosted by Israeli ambassador to the UN Danny Danon, the event included a special performance by Israeli pop star Sarit Hadad. Danon addressed the audience and said: "We are proud to celebrate at the UN the unification of our eternal capital, Jerusalem." Hadad said that she felt "tremendous pride" at performing to honor Jerusalem at the UN, and that "it has been a great honor to present the appealing side of Israel." Having shown great musical promise from childhood, Hadad struggled against her restrictive parents who attempted to prevent her from perusing a career in music. Now loved and adored by the Israeli public, she enjoys a unique status as a ground-breaking performer of pop and Mizrahi music.