The plaque in honor of the former Israeli prime minister was destroyed by vandalists in Milan on Saturday night in an act many denounced as antisemitic and anti-Israeli. 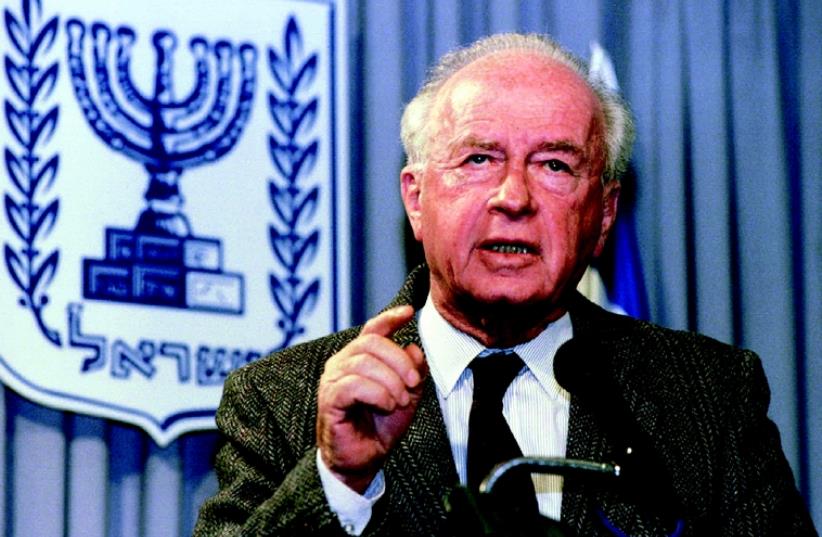 L'ancien Premier ministre Itzhak Rabin
(photo credit: REUTERS)
Advertisement
A plaque dedicated to the memory of late Israeli Prime Minister and statesman Itzhak Rabin and stationed at Milan's Tripoli Square Gardens (Piazza Tripoli) was destroyed on Saturday night by vandalists. Milan's Provinicial President Roberto Cenati was quick to condemn the hateful and antisemitic attack on the monument. According to Italian daily news publication La Repubblica, Cenati spoke on behalf of the northern city's Jewish community, indignantly speaking against the violent act and saying that "at the Jewish community of Milan we express our affectionate solidarity and closeness." According to La Repubblica, the Italian National Partisan Association also denounced the incident, and was quoted as officially stating that they wished to express their "deep indignation" and "firmly condemn the hateful antisemitic outrage." The plaque honoring Rabin, was placed in the square recently. The square itself received a second name last year and is also titled the Rabin Gardens Square after the former Israeli premier, who received the Nobel Peace Prize in 1994. Rabin was assassinated a year after receiving the award for his diplomatic work to bring about a regional peace.