“Anti-Semitic stereotypes about Jews and money have a long and dark history, sowing distrust and other negative feelings towards Jews,” says ADL National Director. 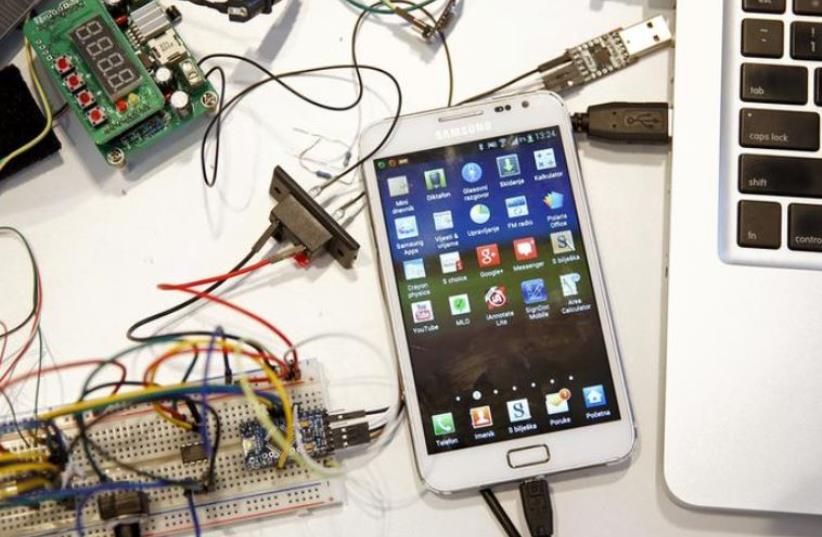 Samsung devices.
(photo credit: REUTERS)
Advertisement
Two subsidiaries of South Korea’s giant Samsung conglomerate issued a joint declaration Monday denouncing anti-Semitism in response to statements blaming opposition to a planned merger on “Jewish capital.”Paul Singer, the Jewish head of the Elliot Management hedge fund, which owns a 7-percent stake in Samsung C&T, has led the opposition to its desired merger with Cheil Industries, leading several Korean media outlets supportive of the deal to decry what they saw as disproportionate Jewish influence.“Elliott is led by a Jew, Paul E. Singer, and ISS [an advisory firm that analyzed the merger] is an affiliate of Morgan Stanley Capital International (MSCI), whose key shareholders are Jewish. According to a source in the finance industry, Jews have a robust network demonstrating influence in a number of domains,” the South Korean financial publication MoneyToday said last week.Meanwhile, Mediapen, another local publication, asserted that “Jews are known to wield enormous power on Wall Street and in global financial circles” and that it is a “wellknown fact that the US government is swayed by Jewish capital.” Jewish money, it reported, “has long been known to be ruthless and merciless.”In an accompanying photo, Singer was referred to as the “greedy, ruthless head of a notorious hedge fund.”On Sunday, the Simon Wiesenthal Center called on Samsung to distance itself from its supporters’ comments.“We know all too well that the use of such historic anti-Semitic canards fans the flames of hatred throughout history, often leading to denigration, violence and even genocide against the Jewish people. We urge the leadership of all sides debating the proposed merger to publicly denounce those who have chosen to poison the debate by deploying history’s oldest hate to influence the Korean public on this issue,” said SWC associate dean Rabbi Abraham Cooper.“We are a company that is committed to respect for individuals and enforces strict non-discrimination policies. We condemn anti-Semitism in all its forms,” said Joo Hwa Yoon and Chi Hun Choi, CEOs of Cheil Industries and Samsung C&T respectively.Neither Mediapen nor MoneyToday have apologized for their statements.