Garcetti, the first Jewish mayor of Los Angeles, congratulated the Jewish state on its 68th birthday. 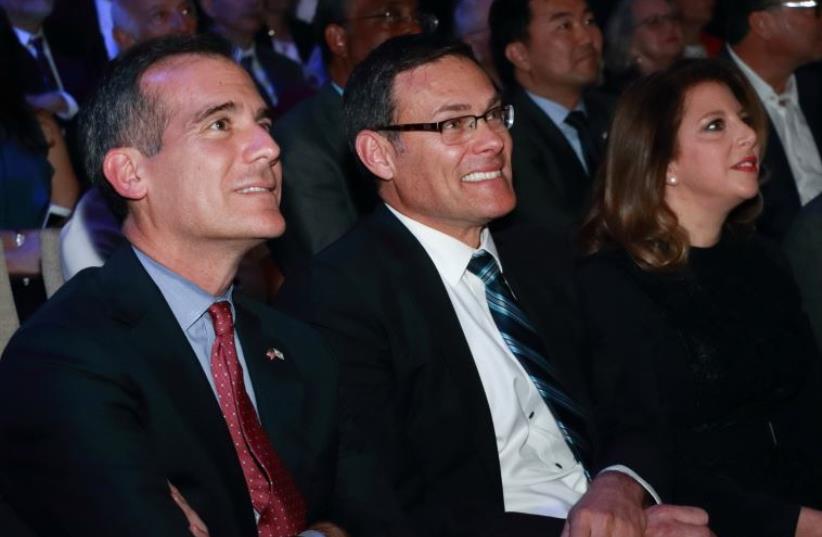 Los Angeles Mayor Eric Garcetti celebrates Israel's 68th Independence Day
(photo credit: MICHELLE MIVZARI)
Advertisement
Los Angeles Mayor Eric Garcetti was among those celebrating Israel's 68th Independence Day at an event at the Skirball Cultural Center put on by Israel's Consulate General in the city.Garcetti, the first Jewish mayor of Los Angeles, congratulated the Jewish state on its 68th birthday."It is such a joy for me to be here to celebrate one of my favorite Birthdays - The birth of a nation that is older than my oldest ancestors, and yet, younger than my mother," Garcetti said.