My family doesn’t celebrate Christmas, but we do with Catholic friends

For the past six decades, my very Jewish family has celebrated Christmas with the very Catholic Maurizios. 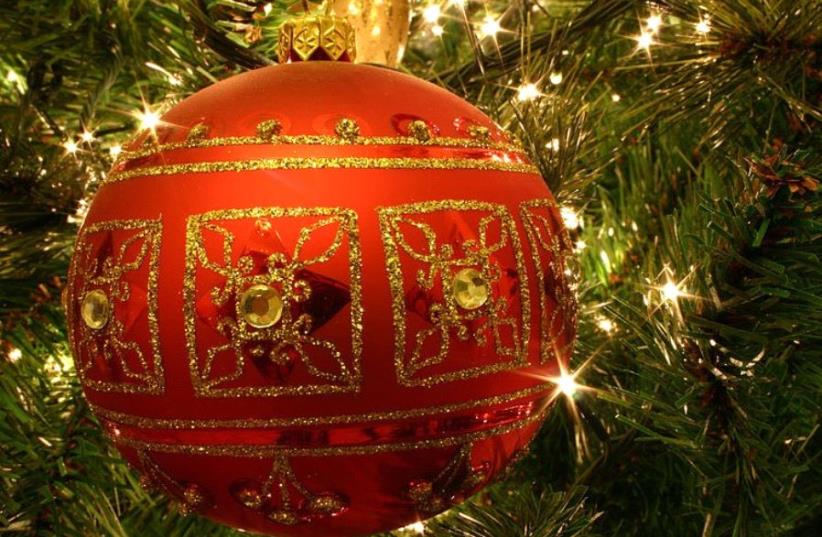 When I was 3 years old, I yelled at a kind, unsuspecting, probably very stressed-out retail worker at a Macy’s for asking me what I wanted for Christmas. My embarrassed mother dragged me out of the store so we would all live to shop another day.

I share this to illustrate my relationship with the Christmas season. I knew that my family didn’t celebrate, and I refused to get into the “Christmas spirit.” But on one day per year — Christmas Day — that all falls to the wayside.

For the past six decades, my very Jewish family has celebrated Christmas with the very Catholic Maurizios.

We really only see the Maurizios on Christmas, but you wouldn’t know it. Our gatherings are joyful: all giant personalities, Italian Catholics screaming at Jews and Jews screaming at Italian Catholics, very specific seating charts, the world’s strongest eggnog, and catching up and laughing, laughing, laughing. The Leibers and the Maurizios have seen each other through success and failure, marriages and funerals, b’nai mitzvah and christenings.

This Christmas dinner tradition eluded me as a young kid. We didn’t celebrate Christmas, so why did we have to go and pretend?

My mom explained to me at the time that we weren’t pretending, we were “helping each other celebrate.” When Christmas and Hanukkah coincide, the Maurizios take out the menorah they have especially for us and we all say prayers together at the start of the meal.

My dad’s dad, my zayde, Chuck Leiber, met his best friend Rudy Maurizio at Central High School in Philadelphia in the 1950s. They each married, stayed in touch and my family has spent every Christmas since 1966 with their family. My parents have been together since early high school, so even my mom has been attending since the mid-’80s.

And what a meal. Even before I understood why we went, dining with the Maurizios was an annual treat. The matriarch, Louise, and her daughters — beautiful, strong, nurturing women with a great collective sense of humor and a fiercely loyal constitution — make a mean Christmas dinner. Everything is homemade, down to the bread and butter. It’s meatballs and pastas, turkey and stuffing, and sauces you wouldn’t believe. Plus there are the most delicious chocolate chip cookies that exist on planet Earth.

I started internalizing Christmas joy when I started understanding the cross-cultural concept of comfort food. My immediate family would sit there eating and eating (naturally you get yelled at if you’re not eating enough), not believing our luck at getting a taste of the way an Italian-American grandmother feeds her family for the holidays.

Then I’d look over at my bubbe, Debbie, who gives a legendary Passover Seder, and realize I’ve seriously taken that for granted for all these years. The Christmas feast wasn’t superior, I just wasn’t so used to it. There is great power in a holiday feast — any holiday feast.

Every year at Christmas dinner, the Maurizios read aloud the same few pages from the New Testament about the birth of Jesus. I always listen close, trying to synthesize meaning in someone else’s tradition. Foods and words, I’ve learned, don’t appear at holiday tables by accident.

It’s easy to let ritual pass you by — it’s possible to participate by playing dreidel on Hanukkah or singing “Dayenu” on Passover without taking active interest in why we do these things. But “helping to celebrate” Christmas consistently helps me step back and appreciate the ways that celebrating Jewish holidays brings my immediate family together. We spin the dreidel because it’s fun, but each dreidel bears the words “a great miracle happened there,” reminding us — if we let it — of our triumph over religious persecution. We sing “Dayenu” because we learned it in Hebrew school, but every time we sing it, we reaffirm God’s benevolence in taking us out of Egypt.

I believe more in the value of my own religious traditions — be them ritual food or song or game — every time I’m privileged enough to “help” my Christmastime family take part in theirs.

One of my favorite Christmas Day traditions is chatting with Louise, a devout Catholic, about God. When I studied abroad, I traveled to Vatican City and had the strangest impulse to buy Louise a rosary. It felt like someone else’s God nudged me on the shoulder and pointed me toward something that would make her happy; this person who I see only once a year, but who I know loves me like her own. When she tells me she’ll pray for me, it strengthens my own belief in a God who creates people to care for each other.

That’s family to me — the people who are proud of you at the big moments, and the people who can make any occasion feel like home. The views and opinions expressed in this article are those of the author and do not necessarily reflect the views of JTA or its parent company, 70 Faces Media.