Jonathan Arkush tells ‘Post’ that others can learn from British Jewry’s successful fight against BDS. 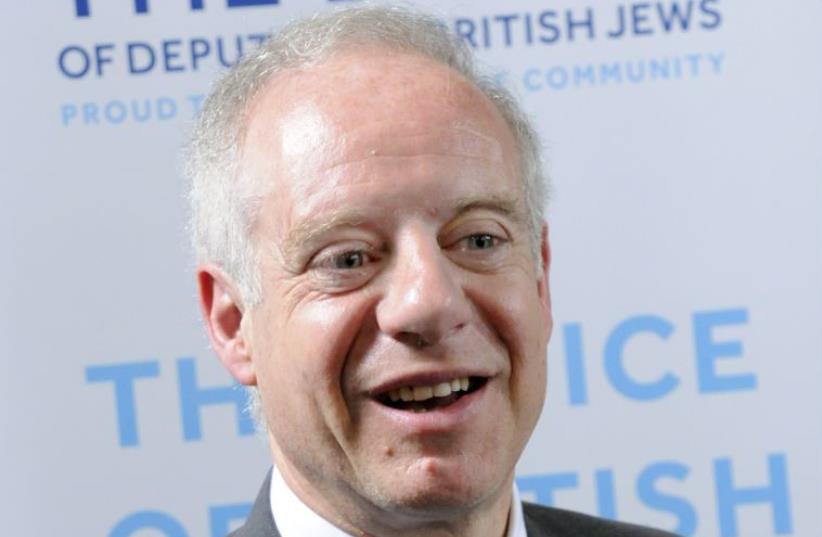 Jonathan Arkush
(photo credit: BOARD OF DEPUTIES)
Advertisement
The new leader of British Jewry, Jonathan Arkush, sees engaging in a dialogue with the British Muslim community at the top of his agenda.“My first challenge, you may be surprised to hear me say, is engagement with the Muslim community,” Arkush, who was elected president of the Board of Deputies last month and is currently visiting Israel, told The Jerusalem Post on Wednesday. “I want to meet Muslims and show them that Jews are actually human beings and you can combine being a good Muslim with being a good British citizen and hopefully take them away from being at risk of flirting with jihadi ideas.”After serving as vice president of the Jewish community’s umbrella body for six years, the 60-year-old lawyer took over from Vivian Wineman, who was president since 2009.Arkush said 5 percent of the British population – some 3 million people – are now Muslim, compared to just over 300,000 Jews.Noting that many Muslims live in “ghettos” across towns in northern England and have no contact with Jews, Arkush said “they are not well-served by their leadership organizations and I am very worried that a significant proportion are turning away from the path of integration into British society. In the long term, that would spell a very bad situation.”Arkush said he was worried that Muslim extremists could join a scheduled July 4 rally by British neo-Nazis in London’s Golders Green neighborhood, where many Jews live.The protesters are reportedly planning to march through the neighborhood and burn Israeli flags and copies of the Talmud.“I know the media will have a field day,” he said. “My concern is that this event will also attract other anti-Israel extremists to hold a counter demonstration.”At the same time, however, Arkush said he did not see Britain “as an anti-Semitic place.”“I don’t think it bears any comparison at all with places like France or Sweden or Hungary,” he said. “The Pew Report published a few months ago confirmed our view that Britain was one of the least anti-Semitic countries in the world, less anti-Semitic, in fact, than the United States of America.”An Orthodox Jew, Arkush acknowledged that a reporter wearing a skullcap had been spat on in Manchester recently, but said he felt “absolutely comfortable” donning his kippa throughout the UK.“I can tell you that all my life in Britain, I’ve never encountered direct personal anti-Semitism,” he said. “There is some, of course, but Britain is a good country for Jews to live in. In fact, I think it’s actually viewed to be rather trendy to be Jewish in Britain today.”Arkush played down the motion passed by the UK’s National Union of Students executive committee earlier this month to join the boycott campaign against Israel.“It was a resolution by a left-wing student body, and I think there’s a decent chance of overturning the resolution quite soon,” he said. “I don’t think it signifies anything very much and it’s purely symbolic because the students don’t control university links with Israel.”He said the leadership of the universities almost immediately issued a very strong statement totally rejecting and condemning the boycott.Recalling that the Board of Deputies had been their representative organization since 1760, Arkush argued that British Jews today are “a vibrant, thriving community full of vitality, very well-organized, with strong central communal bodies.”Asked about the BDS movement now gaining steam around the world, Arkush said other Diaspora communities could learn from the British experience.“The BDS movement has finally hit American campuses, but we’ve been fighting it, mostly successfully, for 10 years,” he said.“In fact, you know, the BDS campaign – despite all its noise – has actually not scored a single significant victory. Not in Britain, and as far as I know, nowhere else.”In Britain, he said, “most people are surprised to learn that there is not one academic boycott of Israel, not one. In America, there are six.”Arkush said British Jewry, especially the National Union of Jewish Students, had used effective methods to counter BDS and had offered help to American communities.“One of the things we do is to channel the energy that goes into BDS towards positive work,” he said. “Instead of importing conflict, export peaceful solutions and give your support not to BDS, which closes down debate, but on the contrary, to the many NGOs here in Israel who are working on the ground with Palestinians to deepen mutual understanding and improve the lifestyles of both [Israelis and Palestinians.]”Arkush said he was in Israel to attend the annual board meeting of the Memorial Foundation for Jewish Culture, which he described as “a small and under-recognized body that has received a sliver of German reparations money negotiated way back in the 1960s to help revive the Jewish culture that was also a victim of the Nazis.”“In an understated way, it has supported people who have gone on to become many of Israel’s and world Jewry’s leading scholars, including many Nobel-prize winners, and the Nachum Goldman Fellowship, which is a leadership training scheme,” he added.