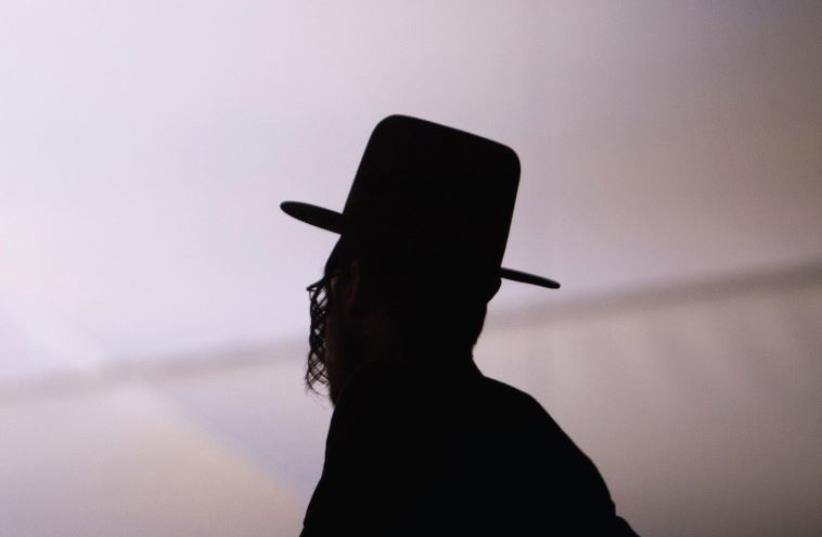 Hassidic Jew
(photo credit: ANDREW KELLY / REUTERS)
Advertisement
A Polish ministerial nominee landed in hot water this week after it emerged that he had claimed in a radio interview more than a decade ago that there was a Jewish conspiracy.In 2002, Antoni Macierewicz, whose name was submitted for the position of defense minister on Monday, said then that while there are doubts as to the authenticity of the book The Protocols of the Elders of Zion, it does contain a kernel of truth.“I read it. It is very interesting.Some say it is authentic, some say it’s not. I am not a specialist. Experience shows that there are such groups in Jewish circles.”The book, which purported to prove the existence of a Jewish cabal secretly controlling the world, was exposed decades ago as a czarist forgery and is not considered credible by mainstream academics or researchers.“While this statement was made many years ago, it indicates a profound and virulent anti-Semitism. We trust that you would not allow anyone of such convictions to be a member of your government,” Anti-Defamation League national director Jonathan Greenblatt wrote Polish Prime Minister-elect Beata Szydlo on Tuesday.However, people do have the capacity to change their views, Greenblatt continued, urging Szydlo to ensure that Macierewicz “clearly and publicly recants and apologizes for his statement.”“If he is unwilling to do so, we hope you will draw the appropriate conclusions,” he said.The ADL was not alone in condemning Macierewicz, with the Simon Wiesenthal Center’s Dr. Efraim Zuroff stating that the incident proves that “there is no doubt that the Protocols are alive and well – and still a best seller in certain ultranationalist circles in countries like Poland.”“The Holocaust started with words and ideas, not with railroad tracks or crematoriums.The Protocols of the Elders of Zion – the most pernicious form of European anti-Semitism – legitimized the extermination and murder of the innocent, of the Jewish people.It led Europe into the catastrophe of the Second World War,” said Dr. Charles Asher Small, director of the Institute for the Study of Global Anti-Semitism and Policy, based in New York.When the same text is used to legitimize violence against Jews in the Middle East, he said, it is incumbent on “people of goodwill” not to “allow this hatred to enter into the body politic of Poland and of Europe, for all we know what this can create.”The Jewish community of Poland came out strongly against the statement, with Krzysztof Izdebski, chairman of the Council of the Union of Jewish Communities, telling The Jerusalem Post that there can be “no justification” for such talk.According to Izdebski, Macierewicz has apologized and stated that he “accepts with no doubts that the Protocols is false.”“We accept his explanations and believe that they are true.We appreciate that the accusations of anti-Semitism were quickly met with the proper response, which proves that there is a general attitude of condemning anti-Semitism.We hope that similar remarks will never been heard again from him or anyone else. We, as Polish Jewry, try to monitor anti-Semitic behavior in Poland and if necessary, we react,” he said.