Record number of Jewish lawmakers sworn in to Australian Parliament 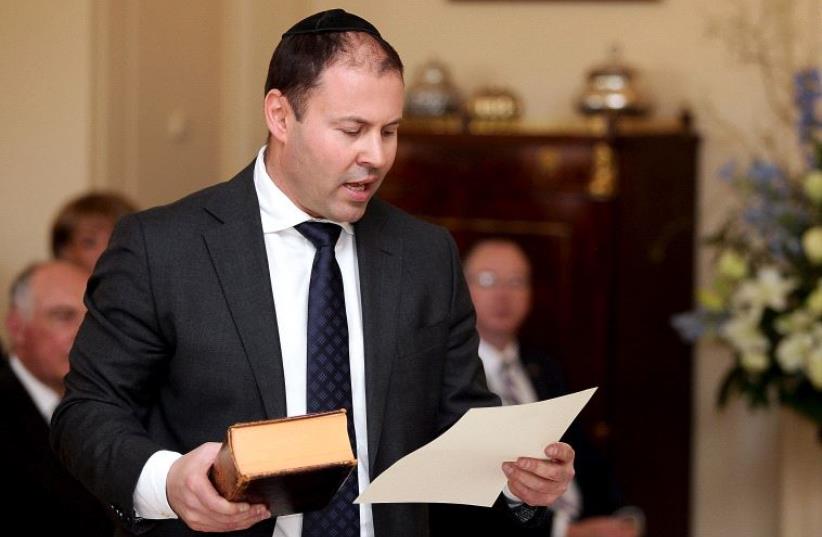 Australia's Minister for Resources, Energy and Northern Australia Josh Frydenberg participates in a swearing-in ceremony at Government House in Canberra,
(photo credit: REUTERS)
Advertisement
Australians elected a record number of Jews to their parliament in July, and on Tuesday the lawmakers were slated to be sworn in.Three new Jewish members of parliament are among those set to be sworn in to the 150 member body.The three new Australian parliamentarians join three fellow Jewish incumbents, as the number of MPs who wear kippas in parliament will now number two.Describing the fact that so many Jews were elected as “a historic first”, executive director of the Executive Council of Australian Jewry Peter Wertheim told Australia's Jewish News that “Nothing could better illustrate how fortunate we are to live in a society where every office or position, no matter how high, is within the reach of any citizen, regardless of his or her ethnic or religious background.”Julian Leeser is due to be sworn in as the first Jewish Member of the House of Representatives from Australia's Liberal Party, and Labor's Mike Freelander and centrist Stirling Griff of the Nick Xenophon Team won seats to Australia's Senate. The new Jewish lawmakers will join incumbents Josh Frydenberg,  Isaacs Mark Dreyfus and Michael Danby.