Although not as well known, the Portuguese version of the Inquisition was very similar to Spain's. 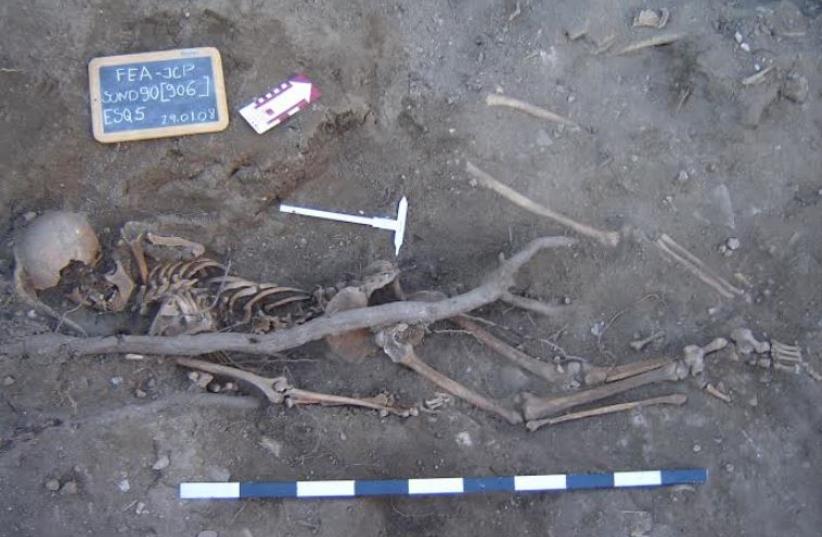 Remains of Jewish victims of Portuguese Inquisition found in ancient garbage heap
(photo credit: BRUNO MAGALHAES)
Advertisement
A routine excavation in Evora, Portugal, led to quite an unexpected find for archaeologists after a dozen bodies were uncovered along with evidence that suggested they had been "unceremoniously dumped outside the Inquisition Court along with regular garbage," according to Forbes. With the help of the structural plans of the building they were able to infer that the bodies were found in what was either the cleaning yard or trash dump of the jail associated with the Inquisition Court. They were also able to narrow down the time frame of the usage of the yard to between 1568-1634. In a recent issue of the Journal of Anthropological Archaeology, archaeologists write that "the sediment surrounding the skeletons is indistinguishable from the household waste layer where they were placed, suggesting that the bodies were deposited directly in the dump," leading excavators to believe those buried at the site were considered heretics within Portuguese society. Although not as well known, the Portuguese version of the Inquisition was very similar to Spain's.The Portuguese capitulated to pressure from Spain and eventually launched their own inquisition in 1536 that echoed both the method and reasoning of the Spanish. The Roman Catholic Church's attempts at ensuring the population maintained the purity of the faith as well as the basic Catholic ethos led to a witch-hunt of perceived heretics within Portugal.By using the prisons records as a template, researchers believe that the skeletal remains found at the excavation site were those of individuals secretly practicing Judaism.