The reported visit would have been the first made by a UK royal family member in an official state capacity since Israel's founding in 1948. 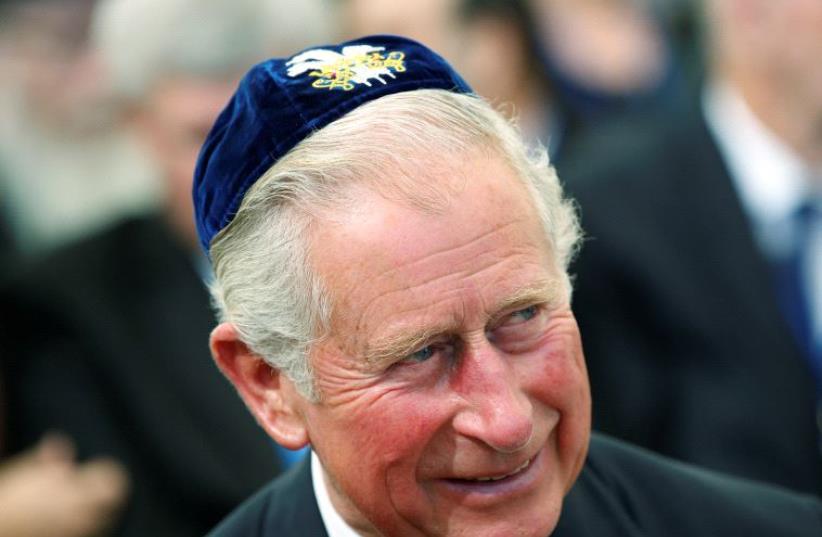 Prince Charles at Shimon Peres' funeral.
(photo credit: REUTERS)
Advertisement
The United Kingdom has reportedly cancelled a planned visit to Israel by Britain's Prince Charles due to alleged concerns about upsetting Arab nations, according to The Jewish Chronicle Monday.Although never officially announced, reports that the monarch was preparing to make his first-ever state visit to the Holy Land came following an invitation by President Reuven Rivlin after a meeting in March with UK Foreign Minister Boris Johnson.The purported visit would have coincided with the anniversary of the Balfour Declaration signed in 1917, according to The Jewish Chronicle. Prince Charles reportedly would have also attended a ceremony commemorating Commonwealth soldiers who died during the Palestine Campaign in 1917.Former commander of British forces in Afghanistan, Colonel Richard Kemp, railed against the decision, accusing the UK Foreign Office of orchestrating the move and "pandering" to Arab dictators. He added that the move was an "insult to British war dead," according to The Sun daily newspaper. Kemp, however, stopped short of accusing Prince Charles of being behind the move, instead pointing a finger at the Royal Visits Committee, a division within the Foreign Office.  "Her Majesty's Government makes decisions on Royal Visits based on recommendations from the Royal Visits Committee, taking into account advice from the Foreign and Commonwealth Office. The Committee never proposed a royal visit to Israel for 2017.  Plans for 2018 will be announced in due course," A Foreign Office spokeswoman said in request for comment by The Jewish Chronicle.No member of the Royal Family has ever made an official state visit to Israel since its founding in 1948, but the monarchs have visited other parts of the region such as Saudi Arabia, Jordan, Egypt, UAE, Oman, Bahrain, Iran, Iraq, Kuwait, Libya and Qatar. Prince Charles made a personal visit to Jerusalem in October of last year to pay his respects to former president Shimon Peres following the statesman's death.During the same trip, the prince privately visited the grave of his grandmother, Princess Alice of Battenburg, who is buried at the Convent of Saint Mary Magdalene on the Mount of Olives in Jerusalem per her request.