The program plans to take American students to Rwanda with survivors of the Holocaust and to the sites of the Nazi atrocities in Eastern Europe. 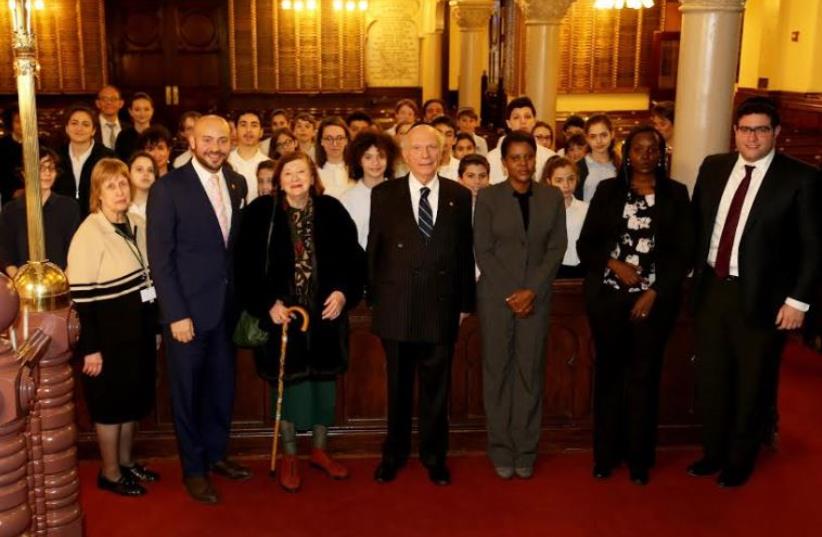 Rwandan and Holocaust survivors form task force
(photo credit: SORON ABRAMS)
Advertisement
A new initiative to bring the survivors of various genocides together to teach about mass murder and, hopefully, prevent such events from occurring in the future, was announced at a joint gathering of Rwandan genocide and Holocaust survivors on Wednesday in New York.According to Jonny Daniels, the director of the organization From the Depths, which is organizing the initiative, the “program is comprised of taking American students to Rwanda with survivors of the Holocaust and to the sites of the Nazi atrocities in Eastern Europe.”"As the third and fourth generations of Holocaust survivors, we have a social responsibility to stand as witnesses to the witnesses and against all genocides regardless of who they are perpetrated against," Daniels said in a statement.The survivors came together at the Park East Synagogue in Manhattan, whose Rabbi, Arthur Schneier, is a recipient of the US Presidential Citizens Medal and has been at the forefront of Jewish-Catholic dialogue for decades.