In an April email to 'The Jerusalem Post,' the pastor signed off "Best wishes to Israel, Yours truly, Volker Keller, anti-Semite." 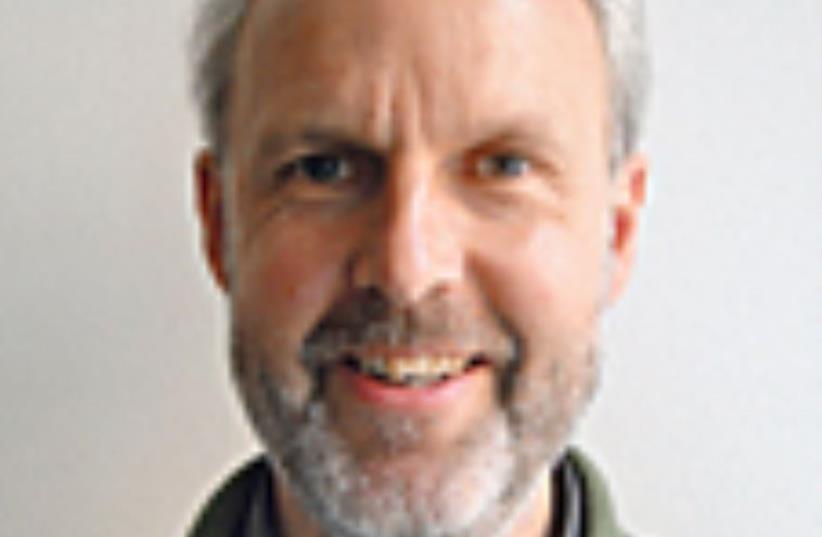 Volker Keller
(photo credit: PUBLIC DOMAIN)
Advertisement
BERLIN - A culmination of anti-Semitic and anti-Israel incidents has resulted in the resignation of the Protestant Church’s representative for dialogue with religious communities in the city of Bremen.As the furor grew over Pastor Volker Keller’s public anti-Semitism, he announced his resignation on Thursday from Bremen’s Council of Integration. “My remarks have so unsettled the trust in my work as the representative for dialogue that I no longer want to cause lasting damage to this office and resign from my position,” said Keller in a statement sent to the media by Sabine Hatscher, the spokeswoman for the Protestant church in Bremen (BEK).Keller and the church desperately tried to defuse the Jew-hatred row by claiming his words were meant as sarcasm.In an April email to The Jerusalem Post, Keller praised a lecture—widely viewed as anti-Semitic—in his church community building held by an anti-Israel extremist who advocated a boycott of the Jewish state: “Yesterday evening the anti-Semite Arn Strohmeyer delivered a lecture to me... Best wishes to Israel, Yours truly, Volker Keller, anti-Semite,” wrote Keller.Grigori Pantijelew, the deputy head of the Bremen Jewish community, told the Post on Thursday “The Jewish community thanks the TAZ-Bremen [newspaper], the Green Party politician Kirsten Kappert-Gonther, and the DIG-Bremen [German-Israel friendship society Bremen] for their clear words regarding the behavior of Pastor Keller. They caused what our letter to the Bremen Protestant Church alone could not do.”The head of the Bremen Jewish community Elvira Noa told the Weser Report paper on Thursday that “anti-Semitic tendencies are recognizable in many of Strohmeyer’s writings.”The Bremen Jewish community statement said “We look forward to continued trustful work with the BEK and for the renewal of the Jewish-Christian dialogue. We hope that Bremen pastors neither invite haters of Israel into their communities nor tolerate that anti-Jewish slogans are spoken.”Gitta Connemann, an MP in the German Bundestag for the Christian Democratic Union party, told the Post on Thursday that she welcomed Keller’s resignation. She said that he is “completely unsuitable as commissioner for inter-religious dialogue for the Bremen Protestant Church and as a representative in the Council for Integration.” She is a member of the German-Israel parliamentary group in the Bundestag.Connemann, who is one of the country’s leading MPs combating modern anti-Semitism and represents districts in Ostfriesland, northern Germany, added that Keller “divides, and Pastor Keller apparently understood this with his resignation today.”When asked if Keller should resign, the social democratic mayor of Bremen Carsten Sieling repeatedly dodged Post media queries. Bremen is the main stronghold of the anti-Semitic BDS (Boycott, Divestment, Sanctions) activities targeting Israel. BDS activists marched into stores in November to inspect products from Israel and sought to force businesses to label Israeli merchandise. Writing in the local edition of the TAZ paper in May, the TAZ editor Benno Schirrmeister said Keller was the “wrong person” for the position of representative for dialogue. Keller played a key role in the absorption of migrants and refugees from Muslim-majority countries.The German-Israel friendship society in Bremen supported the Bremen Jewish community in its May protest letter calling for Keller to be sacked. The local Bremen Green Party politician Kappert-Gonther told the Post that Keller’s role in the council was likely no longer tenable. The Green Party faction launched an investigation into ballooning anti-Jewish tendencies in Bremen.Keller co-founded the group “Nord-Bremer Citizens against War” that is heavily involved in BDS activity. Keller said "The sweeping accusations against me that I am a 'hater of Israel’ and called for a boycott of Israeli products do not correspond to the truth.” He flatly denied that he is an anti-Semite.The executive cleric of the Bremen church, Pastor Renke Brahms, said in the church’s statement: “We apologize in the name of the Bremen Protestant Church, particularly to people of the Jewish faith.” He added “that we are convinced that Pastor Keller is not an anti-Semite." After weeks of public outrage over his alleged anti-Semitism, Keller succumbed to pressure. It appears that he will continue to work as a pastor for his community in Bremen.The Green Party MP Marieluise Beck, whose election district is the northern German city of Bremen, declined to respond to multiple Post emails and telephone calls.In 2013, Beck, a member of the German-Israel friendships society, played a crucial role in pushing her party’s initiative in the Bundestag to label products made in the West Bank. Lala Süsskind, former head of Berlin’s Jewish community and chairwoman of the NGO Jewish Forum for Democracy and Against Anti-Semitism, said at the time the Green Party initiative is hostile to Jews at an event celebrating the forum’s five-year anniversary that was attended by Beck.In response to the Post article on Thursday, Beck wrote to the Post on Friday that she voiced “concerns“ to her party faction in the Bundestag about the measure to label Israeli products. She said she was not present for the vote to demarcate Israeli merchandise. Beck flatly denied that she played a critical role in the passage of the product labeling resolution.