'Shtetl skills' are reviving a more traditional way of life 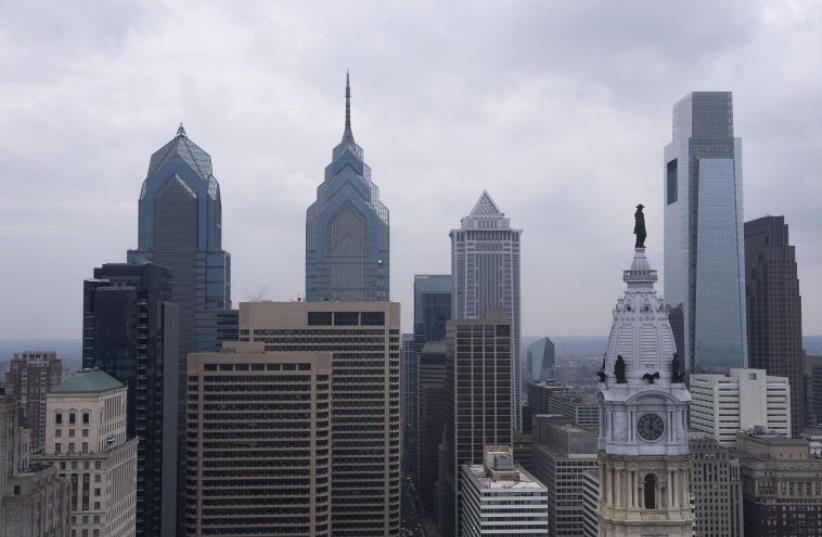 The downtown Philadelphia skyline
(photo credit: REUTERS)
Advertisement
(TNS) — A dozen or so Philadelphians stood on the edge of Boxer’s Trail, on the eastern side of Fairmount Park, on a recent Wednesday, sniffing at the end of a thick, leafy plant stem.One person said it smelled like household cleaner. Another compared the scent to eucalyptus.“It’s like if IKEA smelled good,” said a third person, to laughter and some agreement.In fact, the group had mugwort in their hands, said Marian Dalke, urban garden manager at the Norris Square Neighborhood Project. She often guides informal plant walks to share her knowledge of edible and medicinal plants found around the city. On this evening, she was leading a “shtetl skills” workshop, one in a yearlong series put on by the West Philly-based Jewish Farm School.Named for the rural villages to which many Jews of Eastern European descent trace their ancestry, shtetl skills are traditional methods of living and working closer to the earth and within a community, said Alex Voynow, the program’s coordinator. Other workshops have included sourdough and cheesemaking, carpentry, and canning.“The way that people relate to each other and to ourselves and to the earth, it needs some repair,” Voynow said. “As we learn these skills, of how to make cheese or identify plants, there’s something that it touches deep within us.”As the July sky filtered to gold, Dalke led the group down Boxer’s Trail, encouraging people to use sight, smell and touch to differentiate among plants.“At first you just see this wall of green, but then you start seeing the different shades of green and the different shapes, and you can start to understand the way the forest works,” she said.Dalke stopped to describe the properties of spice bush, May apples, and ironwood trees. She said tea made from blackberry leaves can be a digestive therapy, and jewelweed is a remedy for poison ivy.“You’re going to want this plant as a friend,” she said of plantain, explaining that it can be eaten, or used to treat splinters, bug bites, and bee stings.“Shtetl Skills” began five years ago, the brainchild of Nati Passow, the Jewish Farm School’s co-founder and executive director. A descendant of Holocaust survivors, Passow wanted to connect his organization’s commitment to urban sustainability and food justice with the practical skills that “you might need to survive should there be a massive disruption in the world order, or even just in your life,” he said.Workshop leaders aren’t necessarily Jewish; they’re just expert practitioners of their craft. Jewish Farm School staff root each session in what Passow calls “core Jewish agricultural values,” including generosity and gratitude; fair treatment of laboring people and animals; and spiritual connection to nature.Shtetl Skills sessions also tie into the Jewish lunar calendar, often connected to holidays. For example, the festival of Shavuot commemorates the wheat harvest, and the Jewish Farm School has marked this time by offering bread baking and beer brewing classes.“Judaism, at its foundation, has a lot of connections to food and farming,” Passow said. “A lot of the Jewish traditions, the calendar and the holidays, when we’re able to connect people to the agricultural space and those roots and traditions, they become more alive and meaningful for people.”The plant walk along corresponded with a holiday called Tisha B’av — the “most mournful, sad time of the Hebrew calendar,” Voynow said. It is believed to mark the date when the ancient Holy Temples of Jerusalem were destroyed.Before the walk, he explained to the group — only some of whom were Jewish — that shtetl skills are skills of resilience. Recognizing plants from the Old Country helped his ancestors, he said, when they emigrated to Philadelphia from Eastern Europe in the 1870s.“We know that the sad things that have happened have taught us a lot, and that knowledge is there,” Voynow said. “We want to try to relearn it, as a community.”The mood on Boxer’s Trail, though, was decidedly not grief-stricken. Pilar and Eric Rivera, both 30, of Port Richmond, were delighted to spot a hummingbird through the trees. Both work in nature-adjacent professions — Pilar as an educator at the Academy of Natural Sciences, Eric as a development associate at the Ambler Arboretum — and were excited to bring some new knowledge back to their jobs.“The way that people are coming here and talking about plants and talking with each other, it connects people,” Eric said.For Marina Maier, 35, a nurse at the Hospital of the University of Pennsylvania, the Jewish aspect of the workshop was important. She said she grew up in the former Soviet Union, not observing traditions or holidays, but identifies as “very culturally Jewish.”That gives her a framework for learning new things, such as how to make goat milk feta cheese, another shtetl skills class she had taken.Modern Americans “don’t know how to do anything or make anything,” she said. “It’s just nice to learn skills that are real.”