There are around 50,000 Jews in South Africa with annual aliya figures fluctuating around the 200 mark for the past several years. 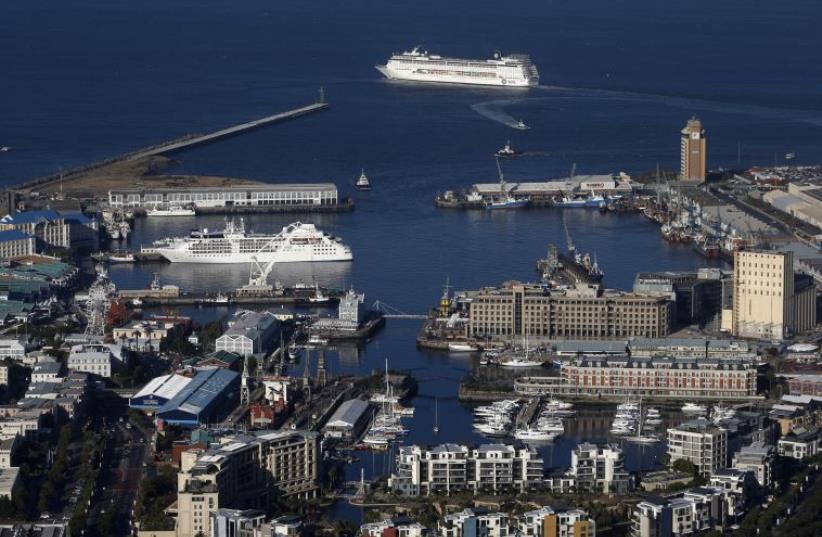 Cape Town, South Africa
(photo credit: REUTERS)
Advertisement
South African immigration is projected to increase in 2016, according to representatives of Telfed – The South African Zionist Federation in Israel.Testifying before the Knesset’s Immigration, Absorption and Diaspora committee on Monday, representatives of the group cited Jewish Agency projections that only around half of South African Jewish emigrés make aliya but that this number is expected to rise due to inflation and economic problems.There are around 50,000 Jews in South Africa with annual aliya figures fluctuating around the 200 mark for the past several years.However, Telfed officials predicted, this number could rise to 300 in 2016.A Jewish Agency projection forwarded to The Jerusalem Post by Telfed officials showed that the aliya organization believes that around 250 will make the move in the coming year.“Telfed has initiated a special student program to encourage aliya from South Africa,” said the group’s CEO Dorron Kline.“In the recent past, Telfed has become increasingly aware that there are parents within the South African Jewish community who would like to have their children undertake their tertiary studies out of South Africa, particularly in Israel,” he said. “They feel that a structured framework should be made available in Israel to facilitate this, thus providing a sense of security for the students and parents, whilst at the same time providing an opportunity to study at internationally recognized universities in Israel – in this case mainly the IDC [Interdisciplinary Center Herzliya].”The goal, he said, was to “provide a comprehensive framework for South African tourists and olim [immigrant] students to study in English.“Israel is recognized as a financially stable country with good opportunities for employment and entrepreneurship. This is another factor which attracts olim from South Africa.”Israel and South Africa have been at loggerheads many times in recent years, with officials of the ruling African National Congress party in the past year threatening to punish student members who visited Israel.The Jewish community and the ANC have squared off before, with Chief Rabbi Warren Goldstein in 2014 accusing the party of having “betrayed the South African dream of peaceful and dignified dialogue.”He was responding to a party denunciation of Israel that likened the IDF’s incursion into the Gaza Strip during Operation Protective Edge to the Nazi war against the Jews.At the time, ANC deputy secretary-general Jessie Duarte condemned Israel’s strikes on Hamas targets as “barbaric attacks on the defenseless Palestinian people of Gaza,” adding that Israel had turned the “occupied territories of Palestine into permanent death camps,” calling for all South Africans to boycott Israel.Several days later the party’s social media manager came under fire for praising Adolf Hitler.A picture of the Nazi dictator on Rene Smit’s Facebook wall was accompanied by a caption reading, “Yes man, you were right... I could have killed all the Jews, but I left some of them to let you know why I was killing them. Share this picture to tell the truth a whole world.”