It may sound like fantasy, but Barry’s new novel tells the true story of American Jewish boxers in the years leading up to World War II, who played an active role in fighting Nazism in the US. 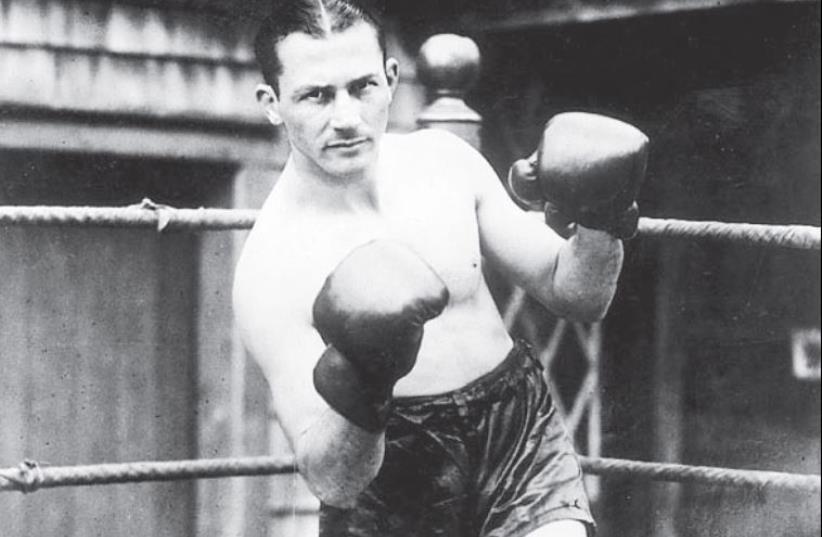 Benny Leonard, arguably the greatest Jewish boxer of all time
(photo credit: Wikimedia Commons)
Advertisement
Leslie K. Barry’s upcoming novel Newark Minutemen, which depicts the unbelievable story of a Jewish boxer who was recruited by the Jewish mob and the FBI to fight Nazis in the US, will be turned into a movie. This was announced just two weeks before the publishing date of the new book.
Barry’s new novel, due out on October 6, may sound like fiction, but it tells the true story of American Jewish boxers in the years leading up to World War II, who played an active role in fighting the rising American Nazi Party. They were known as the Newark Minutemen.
According to the New Jersey local news agency, the story is inspired by Barry’s uncle, Harry, who was a Newark Minutemen boxer himself in the 1930s.
Harry, like others, was recruited by Abner “Longie” Zwillman, who would then send the new recruits to work with the FBI. He was a Jewish mob boss who has been called the Al Capone of New Jersey.
In order to write the story, Barry consulted family members who knew her uncle. But it wasn't until her mother's 90th birthday, when Barry's family started reminiscing, that she began getting to know her uncle's story.
In a virtual chat hosted by the Newark Public Library ahead of Barry's new book, she said that when Harry would come home with bruises, his mother used to ask where he’d been, to which Harry would respond: "I was out beating up Nazis."
Barry also gained access to FBI reports. Together with her family's testimonies, these created a detailed picture that eventually turned into the story of a Jewish boxer as he goes undercover during the Great Depression to thwart a shadow Nazi Party in the US, as Hitler was becoming more powerful in Europe.
And while her book is a fictional take on the true story, it also addresses the very real history of Nazism in the US. Like many other Americans today, Barry didn't know much about Nazi presence in 1930s America and had to do quite a bit of research to get an idea of the American social reality back then.
The German-American Bund was a pro-Nazi organization with a significant presence in New Jersey. It was established in 1936 with the goal of promoting a favorable view of Nazi Germany. Members of the group would parade down streets in Newark and New York to showcase their support.
In 1939, months before the start of World War II, German-born US citizen Fritz Kuhn, who headed the organization at the time, held a rally at Madison Square Garden. During the infamous Nazi rally taking place in the heart of New York, Kuhn spoke of “the Jewish-controlled press” and advocated for a “white gentile-ruled US.”
Today, more than 80 years later, the Madison Square Garden rally is mostly forgotten. So is the fact that many notable Americans preferred staying neutral on Nazi Germany and Hitler in the 30s.
Producers John Niven and Nick Ball are interested in reviving this almost forgotten piece of history and have begun writing a screenplay for a movie based on Barry’s book.
"Newark Minutemen is an epic story of battles, boxers and Mafia, overlaid with an explosive love affair that compares with the classic star-crossed stories from Casablanca to Titanic,” producer Leo Pearlman told Variety. “This would be an important story to tell at any time in history – but right now, with the lessons we can learn from the past, it is an essential one that everyone should see.”