The law is intended to prevent genocide and other atrocities that threaten national and international security. 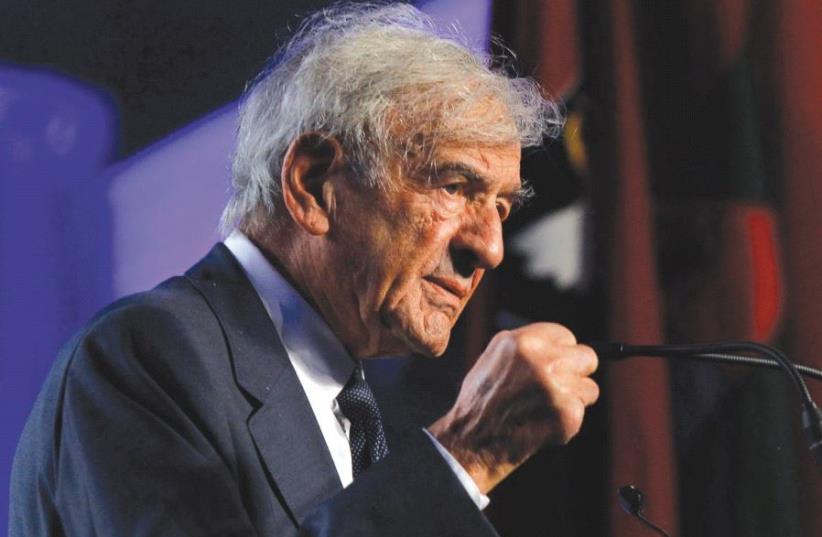 Elie Wiesel speaks at a World War II tribute
(photo credit: REUTERS)
Advertisement
US President Donald Trump signed a law on Monday declaring that the prevention of genocide and other atrocities is “a core national security interest” of the United States, adding that it is also “a core moral responsibility.”The Elie Wiesel Genocide and Atrocities Prevention Act, named for the world-renown Holocaust survivor and famed author, was signed into law by Trump after it passed with an overwhelming bipartisan majority in both the House of Representatives and the Senate in December.The law is intended to prevent genocide and other atrocities “which threaten national and international security, by enhancing United States government capacities to prevent, mitigate, and respond to such crises.”The new law obligates the US to mitigate threats to its national “security by addressing the root causes of insecurity and violent conflict to prevent the mass slaughter of civilians; conditions that prompt internal displacement and the flow of refugees across borders; and other violence that wreaks havoc on regional stability and livelihoods.”The US will enhance its capacity to “identify, prevent, address, and respond to the drivers of atrocities and violent conflict” as part of its “humanitarian, development and strategic interests.”It also entails the establishment a Complex Crisis Fund that will deal with strengthening local civil society, such as human rights groups, and nonprofit organizations that are already on the ground, working to thwart and deal with atrocities as they occur.According to the new law, “Appropriate officials of the US government” must consult at least twice a year with representatives of nongovernmental organizations and civil society actors in an effort to “enhance the capacity of the US” to identify the conditions that could lead to such atrocities, “including strengthening the role of international organizations and international financial institutions in conflict prevention, mitigation and response.”It also “encourages” the National Intelligence director to give a detailed review of countries and regions at risk of genocide in annual testimony to Congress, “including most likely pathways to violence, specific risk factors, potential perpetrators, and at-risk target groups.”The secretary of state is also expected to write an evaluation report every three years.Speaking in December, ranking member of the Senate Foreign Relations Committee Ben Cardin said that “America’s strength around the world is rooted in our values.”“It is in our national interest to ensure that the United States utilizes the full arsenal of diplomatic, economic and legal tools to take meaningful action before atrocities occur,” said Cardin. “Earlier this month, the United States Holocaust Memorial Museum identified Burmese military actions against the Rohingya as genocide. From Burma to Iraq, South Sudan to Syria, atrocity crimes tragically persist all around the globe.”He added that the Prevention Act will help ensure that the United States does a better job of responding earlier and more effectively to these heinous crimes. “I urge our House colleagues to pass this landmark legislation before the 115th Congress adjourns.”Sen. Todd Young, an original co-sponsor of the law and a member of the Senate Foreign Relations Committee, explained that the US has a moral and strategic imperative to help prevent and respond to acts of genocide and other mass atrocities, and this legislation would ensure that the US government is better prepared to fulfill this serious responsibility.Prior to the signing, Sara Bloomfield, United States Holocaust Memorial Museum director, said that “senators Young and Cardin’s leadership on the bill honors Elie Wiesel’s vision for the museum as a living memorial that would help save victims of future genocides and in doing so honor the victims of the Holocaust.“This legislation is an important effort toward developing a bipartisan congressional blueprint for making ‘never again’ real by taking practical steps to mitigate the systematic persecution of vulnerable groups,” she said.