The Institute for Women of Aviation World Wide was heavily criticized after choosing to pay tribute to Hanna Reitsch, a renowned female pilot who was a favorite of the Nazi regime. 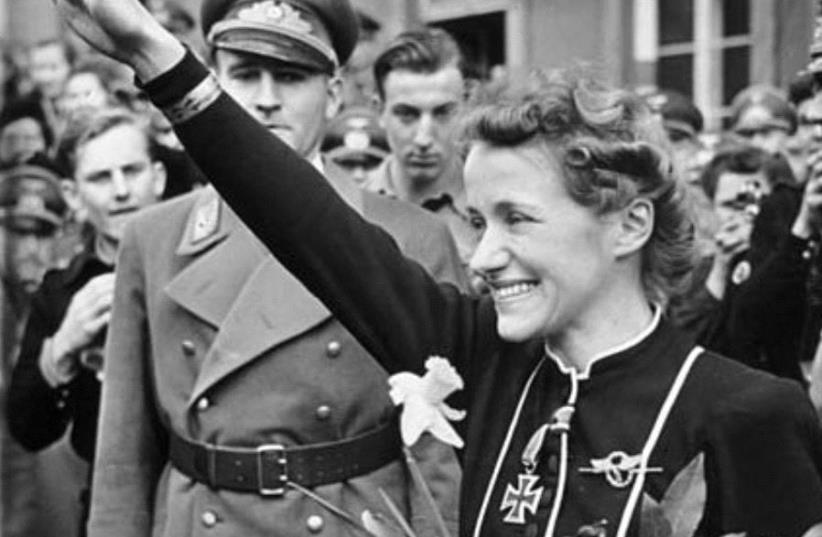 Hanna Reitsch
(photo credit: SCHWAHN/WIKIMEDIA COMMONS)
Advertisement
The Institute for Women of Aviation Worldwide came under fire this week after it chose to honor Hanna Reitsch, the first woman to fly a helicopter and a proud Nazi, as one of the women who were paid tribute to throughout a week-long international celebration of women in aviation. Speaking to CBC, Mirelle Goyer, the founder and president of WOAW, defended the Canadian organization's decision to honor the renowned pilot who is known to have received the warm embrace of the National Socialist Party during World War II. "She was an amazing pilot. I looked at everything she had accomplished in terms of piloting skill," Goyer explained. "If you're aiming to talk about her maybe controversial part in political history, to me, that's not relevant," she added. Reitsch, who will be featured in multiple videos and posters released by the organization to mark the celebrations, is known for her close ties to Nazi leader Adolf Hitler, who awarded her with the Iron Cross First Class and Luftwaffe Pilot badges of honor, making her the first woman to ever receive the badge. The Polish-born pilot served as an international representative for the regime during the Nazi era and is remembered for flying the last airplane out of Berlin at the close of the war. The Canadian air and space organization was criticized not only for choosing Reitsch as a model pilot to be honored, but also for failing to mention in its description of the pilot on the WOAW official website her obvious affiliation to the regime that executed the genocide of six millions Jews. Amanda Hohmann, the national director of the League for Human Rights of B'nai Brith Canada, told CBC that she found WOAW's choice "very troubling." "The idea of using a 'Nazi hero'- for lack of a better word- as a role model for young girls and for women is absolutely, wildly inappropriate," she said. Hohmann added that she wanted to see an apology from the organization as well as a shift in the focus of the celebratory events. "I realize it's probably too late for them to change who they are honoring," she noted, but went on to say that "this could be a very good opportunity to educate, especially in light of the climate of antisemitism around the world growing. In Canada, today, we saw two bomb threats against the Jewish community."