The student in question received an excess dose of their diphtheria, tetanus and pertussis vaccine (DTaP) and a polio vaccine in place of their HPV vaccine. 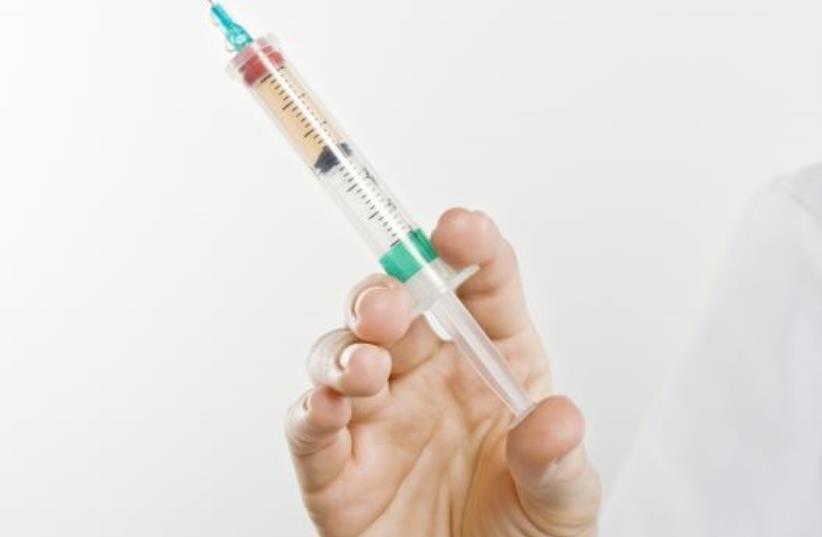 An 8th grade student at HaKfar HaYarok school in Ramat Hasharon received the wrong dosage of their vaccines on Sunday due to an error at the school.

HaKfar HaYarok, a boarding school south of Tel Aviv, held a vaccination day during which children were vaccinated against diphtheria, tetanus, pertussis and the human papilloma virus (HPV). The student in question received an excess dose of their diphtheria, tetanus and pertussis vaccine (DTaP) and a polio vaccine in place of their HPV vaccine.

This is backed up by a 2019 peer-reviewed study in the journal Vaccine. The study, which examined the phenomenon of adverse health effect (AHE) as a result of excess vaccine dosage, concluded that, "more than three-fourths of reports of an excess dose of vaccine did not describe an AHE. Among reports where an AHE event was reported, we did not observe any unexpected conditions or clustering of AEs."

DTaP, HPV and polio immunizations are all normal stages in the vaccine schedule in Israel as well as the United States and the United Kingdom. According to the Israel Health Ministry website, the first several doses of the DTaP vaccine are to be administered in the first two years of life, with a booster at age 7 and another at age 13. Polio is often added into the DTaP vaccine as well, with the exception of the 13-year-old booster which is just against diphtheria, tetanus and pertussis.

Doctor giving a vaccine to a patient (illustrative) (credit: INGIMAGE)

What are these diseases?

All three of the diseases prevented by the DTaP vaccine are potentially deadly in children. The CDC website explains that a diphtheria infection can lead to difficulty breathing, heart failure, paralysis, or death. Tetanus can lead to serious health problems, including being unable to open the mouth and having trouble swallowing and breathing. Naturally, this can also lead to death.

Finally, pertussis, also known as whooping cough, causes uncontrollable violent coughing that makes it difficult to eat, drink or breathe. It is usually only deadly in babies and young children, causing pneumonia, brain damage or death. However, in teens and adults it can still lead to weakness, loss of bladder control, passing out and rib fractures from severe coughing.