Could deadly scorpion venom be a cure for COVID-19? - new research

The venom glands were freeze-dried and sent to a lab, where they could be genetically sequenced and analyzed to better understand their peptide composition and the types of toxins. 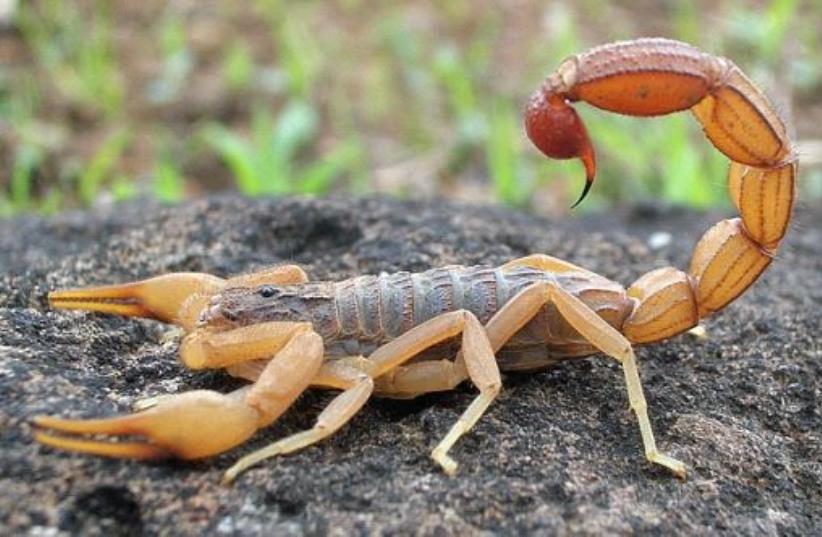 Scientists in Egypt and the United Kingdom are working together to determine if the venom of scorpions found in the Egyptian desert could serve as a good starting point for the design of novel anti-coronavirus drugs.

“Scorpions are one of the oldest animals on Earth, having existed for more than 400 million years. Their venoms have been used in traditional therapies since antiquity in many countries, particularly in China and India,” the article explains. “Scorpion venoms contain a fascinating cocktail of biologically active peptides, many of which are very potent neurotoxins, while several have shown strong antibacterial and antiviral activities.”

Scorpion venoms “have not yet been fully studied and may represent an unorthodox source of new medicines,” said Prof. Mohamed Abdel-Rahman, a professor of molecular toxinology and physiology in the Zoology Department of the Faculty of Science at the University of Suez Canal, in the article.

The team started by collecting different scorpion species from the Egyptian desert, lead researcher Dr. Wael Houssen said in the video. They had to use ultraviolet lights to find the scorpions in the dark.

The collection of the scorpions was done according to the Convention on Biological Diversity and following the Nagoya Protocol on Access to Genetic Resources and the Fair and Equitable Sharing of Benefits Arising from their Utilization, the website said.

Once the scorpions were in the lab at the University of Suez Canal, venom was collected from each one using a small electrical stimulation. A method that, according to Houssen, is completely safe and is not painful to the scorpions. Then, the animals were released back into their natural habitat.

Venoms were freeze-dried and sent to Aberdeen for chemical and biological analysis.

A venom gland per species was preserved and sent to Houssen’s Aberdeen lab, where they could be genetically sequenced and analyzed to better understand the types of toxins that each scorpion could produce.

“Scorpion venoms have a very complex composition, containing hundreds of peptides and other materials,” Houssen said.

The team separated the complex mixture into separate peptides and is currently testing to see if these peptides had the ability to hinder the coronavirus from entering human cells.

Houssen added that “the study of scorpion venoms as a source of novel drugs is an exciting and productive area worthy of further investigation. We have already seen that these venoms contain extremely potent bioactive peptides, and we believe that there are many more that await discovery.”